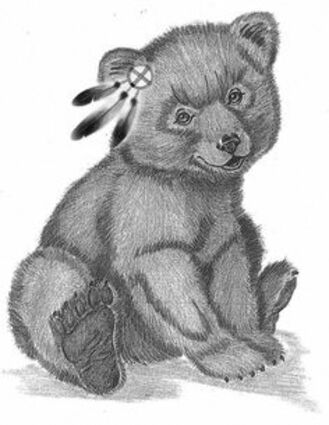 Frazer's girls basketball team split their weekend games in Wolf Point this past weekend. Friday, the Bearcubs earned their first win of the season, defeating the Glasgow JV team 31-22. They dropped their second game of the Tip-Off Tourney to the host Wolves' JV squad, 47-30 on Saturday.

The Bearcubs took a 7-3 lead over the Scotties at the end of the first and held on to their lead throughout the game. Frazer led 13-9 at the half and 23-18 going into the final quarter, outscoring Glasgow in every quarter except the third when both teams put up 9 points.

Audrey Smoker led Frazer with 9 points, including going 4-for-5 at the line and draining a three-pointer. Isabelle Even put in 6, Baily Beston 5, Angeline White 3 and Liana Jackson 1 point. Frazer went 9-for-13 at the charity stripe.

The Bearcubs racked up 20 fouls in the game. Jackson and Beston were called for four each. Even and Smoker had two a piece. Angel Nelligan, Shakira Beston and White each had two fouls.

Jackson put up 7 points in leading Frazer while Smoker and B. Beston added 6 each. Even scored 5 and White added 2 points. Jackson went 3-for-3 at the line while the team went 6-for-8. Smoker netted the lone three-pointer for Frazer.

Frazer cleaned up their game with only 10 fouls, nine in the first half. Nelligan and Smoker were called for four each. Jackson had three, B. Beston and White were called for two a piece, and Evelyn Yellow Hammer had one foul.