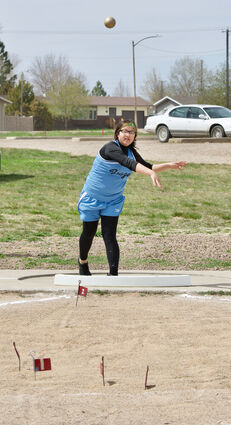 Wolf Point played host to the Freshman/Sophomore Invite on April 27, giving first-year high school tracksters to compete directly against each other. Hinsdale, Lustre Christian, Nashua and Frazer all sent athletes who put their teams on the scoreboard.

Hinsdale finished fourth in the women's competition, with 55 points, behind Scobey, 148; Wolf Point, 92 and Culbertson, 70.5. Lustre Christian finished fifth with 36; Trinity Christian sixth with 34; Nashua had 24 points for seventh; Dodson took eighth with 1.5 and Frazer finished out the board in ninth place with one point.

On the men's side, Lustre Christian claimed fifth with 62 points, behind Scobey, 113; Wolf Point, 74; Culbertson, 72 and Trinity Christian, 69. Nashua placed sixth with 17 points, Dodson was seventh with 8, and Hinsdale placed eighth with four points.