Scotties Need to Step it Up 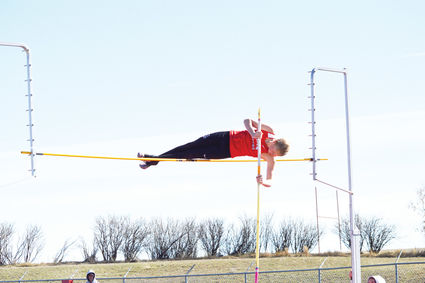 Glasgow's Ted Tryan clears the bar during one of his attempts at the pole vault at the Scottie Qualifier Meet held on April 13. Tryan cleared nine feet at the Sidney Invitational on April 18 to secure 12th place.

As if he didn't want to offend Mother Nature, Scottie head track and field coach described conditions at the Sidney Invitational as "less than ideal."

"It was pretty frustrating as far as information gathering goes," he explained. "It was so windy...