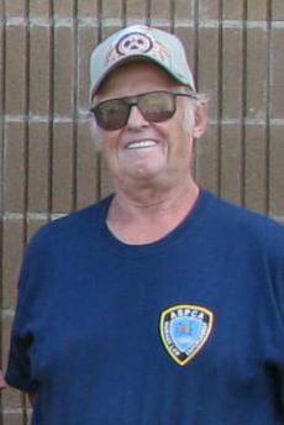 In his younger days he was described as kind, caring, fun-loving, and always available to help his younger siblings. John enlisted on Jan 16, 1961, and was an Airman Basic in Butte Mont. He completed courses at Amarillo AFB, Texas. He was stationed at and honorably discharged from Malmstrom AFB, Great Falls, Mont., with the last duty assignment of Supply Squadron.

After discharge he moved to Pomona, Calif., and worked for GTE, where he retired in 1993 as manager. Upon retirement he bought an RV and became a snowbird, his longtime dream! Along his travels he made many friends and always stopped to visit family and friends. He loved to travel from Quartzsite, Ariz., after spending the winter months, to Glasgow to be with his beloved mother, "Millie" until she passed the summer of 2011. But he so loved Fort Peck Reservoir that he continued to spend the summers there in his motor home until 2019. Then due to health issues he gave up traveling and resided in the Fort Mohave/ Bullhead City area until his passing. He was a big man with a big heart. He loved motorcycles and all dogs he ever met. He belonged to motorcycle clubs in California and enjoyed riding along the ocean with his pals.

He is survived by his sister Linda (Charlie) Eagler and brother Albert Irwin.

John was baptized Aug 30, 1942 at First Lutheran Church in Glasgow, with his aunt Agnes "Aggie" Victoria Schakosky as his sponsor.

Johnnie was the true eternal optimist and enjoyed life to its fullest, never letting things get him down. In later years, Johnnie was plagued by various medical conditions. "Uncle Johnnie" as his many nieces and nephews affectionately called him will be sorely missed by his family and friends, but they also celebrate the fact he has been set free from his medical issues. He was greatly loved by all that knew him.