When the Fur Flies... 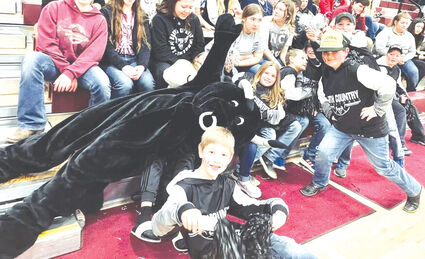 The North Country Maverick takes a break from sideline cartwheels to pose with fans.

It turns out the fight really isn't all that bad as mascots from North Country, Nashua and Lustre Christian demonstrated this past weekend.

They entertained the crowd with their "Mock Mascot War." The Lustre Lion strolled over to the Nashua Porcupines fans and proceeded to cheer with the cheerleaders, while the Porcupine did the same with the Lustre fans.

The acrobatic Maverick performed for the crowd while the North Country pep band played.

The mascots from the three schools won hearts and minds as their teams battled it out on the hardwood at the District 3C Tournament in Wolf Point,

With a packed house, loud fans and good basketball, the mascots turned the volume up to 11, making the tourney everything small-town sports aspires to be. 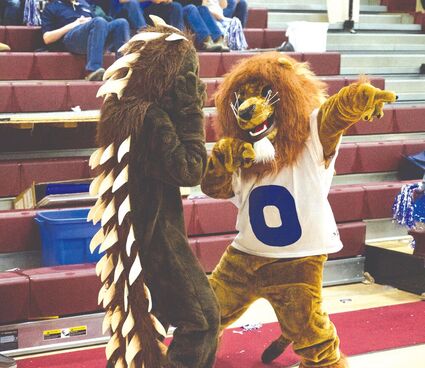 The Lustre Christian Lion attempts to boot the Nashua Porcupine from the Lions' side of the gym.