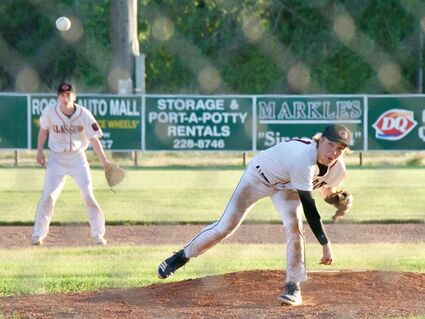 Glasgow's Jordan Plummer throws out an early pitch during the second game of a doubleheader against the Post 49 Bulls at Bob Connors Field on June 14. The Reds won 24-14 after winning game one 27-9.

The Glasgow Reds baseball team traveled to North Dakota to play in the Watford City Tournament this past weekend and finished in second place. Monday evening they hosted the Post 49 Bulls for a makeup doubleheader, rescheduled after last Tuesday's...