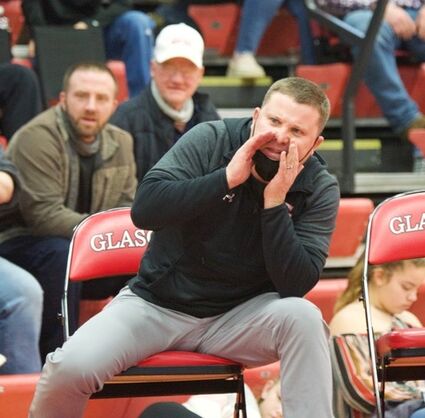 Jory Casterline was named Montana's Class B wrestling coach for the 2020 Winter season by the Montana Coaches Association. He will be lauded at an awards ceremony scheduled for Thursday, July 29 at 11:30 a.m. Casterline said the honor went hand-in-hand with the Glasgow Scotties claiming their second state title in two years. The Scottie coach, though, maintains that the honor is not his. "At the end of the day it's not about me, it's about those kids. And watching those guys accomplish their goals and reach the top of that podium." He added his greatest joy in coaching this year was "Obviously winning the state championship this year. That's what we work so hard for, what we strive for." The seventh-year coach was full of praise for his wrestlers and the work they put into their season. The coach of the year award was just the icing on top for Casterline.