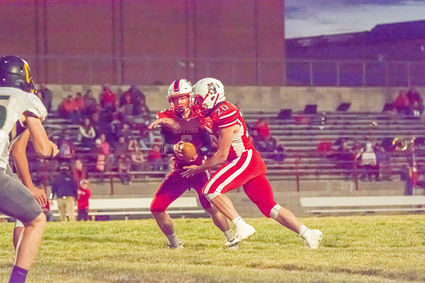 Scottie quarterback Loden Idler hands the ball off to running back Jesse Lee in Glasgow's 54-6 victory over the Colstrip Colts on Friday, Oct. 2, at Scottie Field. The win ended a seven-year Scottie drought against the Colts and took Glasgow's record to 6-0 on the season.

The Glasgow Scotties were hungry for a win against the Colstrip Colts and it showed Friday night at Scottie Field. In a first for every member of the team, the Scotties notched their first win against the Colts, ending a seven-year drought. And wh...