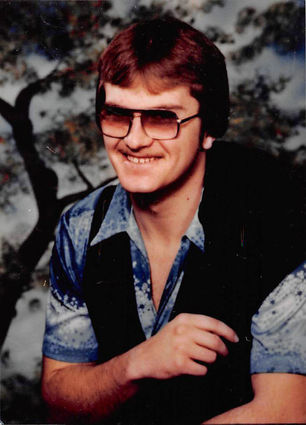 Merle Richard Kaasa was born to Osbourne "Ozzy" and Joy Kaasa on Jan. 19, 1965, in Malta, Mont. Merle grew up in Dodson, Mont., working on the family farm and graduating from Dodson High School in 1983. He loved playing basketball in high school. His mother, Joy, kept a large scrapbook of his basketball games. Merle touted himself an "OK ball player that was kinda big and slow." To his mom, he was a talented player as she tallied and archived his games stats over the years – including fouls. His Dodson Coyote team saw much success his senior year. Merle had a very close relationship with both parents. Ozzy was glad to have his son by his side until his death in 1997. He worked on the family farm until it was sold.

Merle married Jacki Berrisford in 2001. They welcomed sons, Dalton and Charlie, and operated Jake's Bar in Saco until they later divorced.

Merle worked for Wes Whitaker, Tom Boschee, and Gary Anderson throughout the years. In 2012, Merle went to work for Galen Zerbe at Zerbe Farms. He and the boys moved up to the Pearson Place at Richland, Mont.

According to Dalton, Merle loved it when harvest and seeding were done and he could get to hauling grain in the Maroon Kenworth truck that he drove for Zerbes. It was his baby. He hated it when Daryl would drive his truck and "tear it up." Merle's favorite car was a 1967 GTO. It was his dream car. He had been looking for one and almost had one found last year.

Merle loved playing pool league, darts, and palling around with his buddies from Malta/Dodson area during his years in Phillips County.

Merle was known for being a hard worker, never asked for much of anything and appreciated anything given to him. Things didn't matter to Merle – people did. To him your handshake meant more than your checkbook. Merle valued the friendships he developed over the years like that with Galen, Daryl and John.

Merle's world revolved around his boys, Dalton (17) and Charlie (11). He enjoyed going to their basketball games, their "guy" trips to Havre, and just spending time together at home.

Merle is preceded in death by his parents, Ozzy and Joy; and two half siblings, Charlie Kaasa (Ozzy) and Christine Kaasa (Ozzy).

He is survived by two sons, Dalton Kaasa and Charles "Charlie" Kaasa, of Richland; one half-brother, Alan "Butch" Fleming (Joy), of Wisconsin; one half-sister, Lynn Fleming (Joy), of Kalispell; one uncle, Art Kaasa, of Bowdoin, Mont.; one aunt, Mary Jane Ketchum, of Hinsdale, Mont.; numerous nieces, nephews and cousins- including Dale Kaasa, of Malta, Mont., and Duane (Wanda) Berrisford, of Hinsdale; and many life friends.

Merle Kaasa will forever be missed and his legacy will live on through his boys whom he cherished.

His funeral service was at 11 a.m. on Tuesday, Aug. 20, also at the Bell Mortuary. A luncheon followed the service.

Merle was buried next to his mother, Joy, in the Dodson Cemetery at 3 p.m.