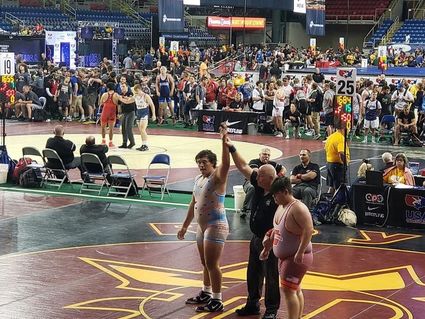 Mayson Phipps (l) is declared the winner during one of his freestyle matches at the U.S. Marine Corps Junior and 16U Nationals at the Fargodome in Fargo, N.D., on July 13.

Glasgow Scotties Kyler Hallock and Mayson Phipps had the privilege and opportunity to compete in the world's largest and toughest offseason high school wrestling competition, the U.S. Marine Corps Junior and 16U Nationals at the Fargodome on the c...