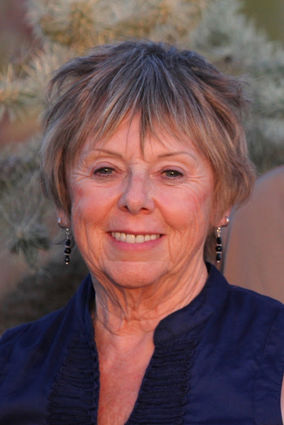 Sherry L (Bradley) Lersbak, 73, after returning from a six-week tour of Europe, was diagnosed with Organizing Acute Lung Injury and passed onto the Lord Tuesday, Nov. 7, 2018.

A Celebration of Life will be held at The Highlands Clubhouse, Saturday, Dec. 8, at 3 p.m., in Marana, Ariz., and at the Sonlight CRC, Dec. 18, at a time to be determined in Lynden, Wash.

Internment will be in the Highland Cemetery in Glasgow, Mont. at a later date.

She was born March 11, 1945, in Gulfport, Miss., to Robert Earl and Hortense Bradley. She attended school in Gulfport and Calgary, Alberta. She met her husband, Wayne, by asking him to a Sadie Hawkins Dance, while at Western Montana College in Dillon, Mont. They were married in 1965. She received an accounting degree from the College of Great Falls, Mont., and later a B.A. from Washington State University.

Over the years Sherry supported her husband's career in farming, teaching, and the military. Wherever they moved, they always made good friends, many of whom they keep in touch with today. While her husband pursued his career, Sherry worked as a bank teller, accountant, real estate and insurance agent. She rode out the San Francisco earthquake while at work on the 13th floor in the MetLife Building

Sherry enjoyed the Christmas tradition for 43 years of the family all spending time together at Big Sky in Montana. She enjoyed traveling, reading, knitting, cooking, entertaining and gardening. In everything Sherry did she always considered others first, and would constantly sacrifice her own needs for those around her. She held her family and friends dear and considered her relationships her most valued possessions.

She was preceded in death by her father Robert; mother Hortence Bradley; and her twin sister.

In lieu of flowers, please consider a donation to your local hospice or to the FMDH Foundation, Glasgow, Mont.