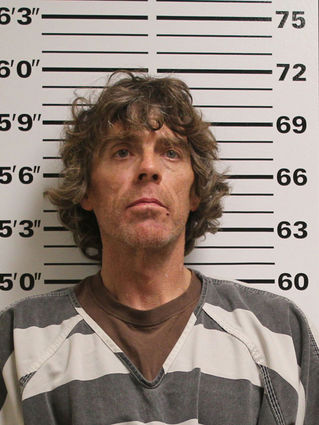 John Ersness (58), of Sawyer, N.D., made his first appearance in Justice Court this morning. He has been charged with deliberate homicide in the death of a family member, whose name is being withheld pending notification of next of kin.

According to the Valley County Sheriff Vernon Buerkle, at around 5:49 p.m. dispatch received a call from a male who stated that Ersness was at his residence and that there may be a fight. When Deputies arrived they found Ersness leaving the area and questioned him. He told the Deputies that he had been in a fight with the alleged victim, that the victim was fine and that he was now leaving.

Deputies interviewed Ersness and then allowed him to leave before going to check on the now deceased man. After no response at the door, a deputy forced his way into the residence and found the caller dead. According to Buerkle, they processed the scene and determined that there had been an altercation.

At the same time, Montana Highway Patrol apprehended Ersness in McCone County and returned him to Valley County. He was booked and charged with deliberate homicide and is awaiting a trial date in District Court.

Editor's Note: More information will be available in the next issue of the Glasgow Courier.