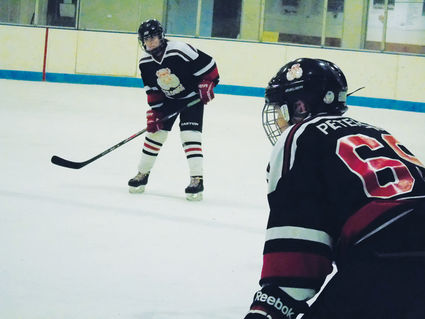 Peewee Ice Dawg Tori Pehlke maintains her game face while Ian Peterson waits for the puck to drop during a game this past weekend at the Valley Event Center. The Ice Dawgs were one of eight teams competing in the MAHA State Peewee tournament held in Glasgow.

Peewee hockey players from all over the state descended on Glasgow this past weekend to fight for the ultimate reward after months of hard work and competition.

Our own Glasgow Ice Dawgs held their own in the tournament, but were unable to move i...