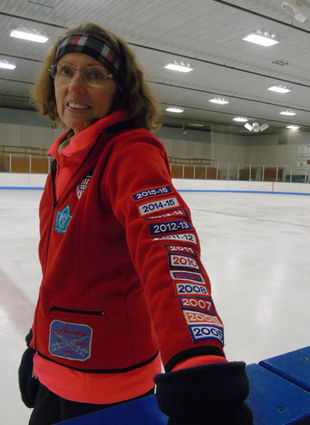 As shown by the patches on her sleeve, Kim Girard has been teaching people to skate for many years. The HiLine Skating program will be holding its annual showcase on March 6.

Kim Girard has been skating almost as long as she's been walking. She was born to a pair of professional skaters who taught skating and ice dancing, and began skating herself when she was two-and-a-half years old.

Girard grew up in a skating fami...