By For The Courier 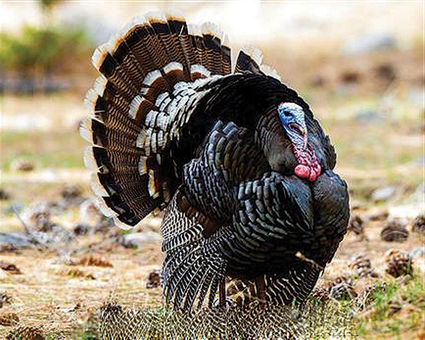 Up to 9 BMAs could be open for the spring turkey season, beginning April 11, and running through May 17. Most of the properties are located along the Milk River between Hinsdale and Nashua.

According to Tim Potter, Jr., Region 6 BMA coordinator, the idea of spring turkey hunting on BMAs has been in the works for awhile. "I have been contacted by landowners and sportsmen about this for some time," Potter said. "Considering that most available turkey habitat and populations are on private land, this is a step in the right direction to getting more access for turkey hunters in Valley County."

The pilot project will determine how much use these areas get by turkey hunters. If participation is high enough, this could become a permanent addition to many of the area BMAs. Normally, the BMA season runs from the beginning of September (opening of upland bird and archery) until January 1 (the closing of upland birds).

BMA access will be granted through a traditional sign-in box on the properties, and will be advertised by a green sign titled "2015 Spring Turkey BMA Pilot Project." Signing in will allow hunters access only for turkey hunting.

Other activities such as shed hunting, fishing, or small game hunting are not allowed. Permission for such activities must be separately allowed by the landowner.

All BMA rules and expectations in place during the general season will still apply. These include, but are not limited to, leaving gates as they are found, areas of walk-in hunting only, parking in designated parking areas, using caution around livestock, taking care not to drive on muddy roads, and more. Hunters should refer to the individual rules associated with each BMA, found on the back of the BMA maps.

Property boundaries may not be well marked, so hunters need to be aware of their location. "Participating landowners are offering up their property for this pilot project," Potter said. "To get this project to move forward, we need hunters to respect both the landowner's wishes and their property."

As a reminder, prospective turkey hunters can also hunt on Wildlife Management Areas (WMAs), such as the Hinsdale and Vandalia WMAs, other public land, and on other private land with permission. Hunters must also be aware that there are several BMAs that are not participating in this pilot project, and permission would be needed to hunt on these properties.

A list of participating landowners and properties is available from FWP's Region 6 headquarters in Glasgow, by calling the office at 406-228-3700, or by going to our regional webpage at http://fwp.mt.gov/regions/r6/.