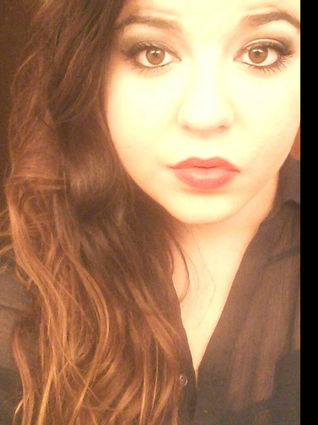 Imagine a life where there's no control. Think about living in a life that you never planned, think about being stuck in that life. The girl that appeared in a hazy blur in Lisa Ling's show, “This is Life,” sitting on a couch and explaining how she ended up in the sex trade in Williston, said that she never imagined her life going that direction. She explained that she was just fresh out of high school. Her response to what brought you to North Dakota quickly ended with a response, “a boy.”

Her story does have a happy ending. After moving with her boyfriend from New York to the oilfields, she found herself living with an abusive man who quickly became addicted to drugs. With housing a problem, no income of her own and thousands of miles between her and family and friends, she didn't know where to turn. She suddenly found herself in a place where she was coached to sell herself for money.

Finding help in that position isn't always easy. Often people turn their heads, look the other way and have a perception that prostitution is a victimless crime. Those soliciting often have no idea what the human on the other side might be going through. Who's controlling that girl? Is she really a victim? Often a bigger question in Northeastern Montana and in North Dakota, where life was much more simpler and quieter only a few years ago, is this really happening here?

That's where Windie Lazenko comes in. She herself found herself in the trade. At the age of 13 she had been sexually abused and became a runaway. She found herself in the sex trafficking trade for the next 16 years before she got out. Her process of healing came with not only telling her story, but trying to help other girls that had similar problems.

The Courier, with the generous help of the local Soroptimists and the Glasgow Police Department, are bringing Lazenko to Glasgow to address some of those local issues and concerns. With workforce camps in the waiting, now is a good time to raise awareness and get educated on a very real problem that is likely happening quietly and locally. Lazenko will be at the high school presenting to the youth, who are most at risk in our community on Thursday, March 19. She'll then have a presentation open to anyone in the community at 6 p.m. at the high school auditorium. She allows time for community and audience members to ask questions during her presentation, so come with those questions and concerns and raise your hand.

Lazenko found herself working for other agencies, trying to tackle the problem of human trafficking. She helped start an organization here in Montana, but as the oilfields led more and more girls into the area, stuck in the trade, she found herself making a permanent place in Williston running 4herND. When she was interviewed by Ling she had been at the location for about six months, that's rolled into just over a year.

Her job isn't just about saving girls from being victims, she also is focused on raising awareness and training communities that are in volatile areas. Teaching people how they can help, what to look for and how these girls have very limited resources for help.

“I'm here to empower people, it can be addressed and the victims can have hope,” Lazenko said. “People don't want to know it's not always a choice – but it's so horrific and an inhumane experience.”

Her program started with focusing on at risk youth, but the Bakken lead her in another direction. She said that since she's been in the Bakken she's been able to help over 20 victims. While that number seems small, she's still a small operation that's growing, she said that when comparing to others servicing girls, it's not far from places like New York. Because she's still in the beginning phases, she doesn't have a lot of stats available just yet. Currently she's only providing direct services locally and in North Dakota.

“I've been able to do powerful work in in a short time,” Lazenko said.

While Glasgow seems far enough from the constant rumbles of the belly of the Bakken near Williston, we're still seeing it's effects. Property values are rising, train and truck traffic are up and out of state plates along U.S. Highway 2 are a fairly normal sight. Housing is also limited, as families have settled in close enough to the oilfields to travel to work and far enough away from some of the influx of housing and crime issues attracted to the Bakken.

Lazenko said that Glasgow can help with issues of human trafficking. She explained that some areas that Glasgow needs to be concerned with is some of the controlled prostitution that networks throughout trucking routes. Girls being moved out of their own communities and lured into the Bakken. She said that organized crime is present in Williston, which makes moving these girls happen under the radar sometimes. 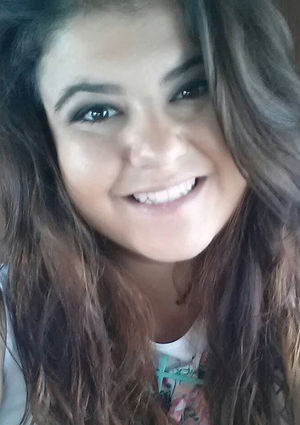 Lazenko's happy ending has been helping other girls who are lost in a world and trying to process and heal from a lifestyle they found themselves in. Lazenko sent a letter from the girl who was seen interviewed by Ling with an update on how her life was turned around. The girl wrote that seeing girls with six-inch heels and skimpy outfits bring her back to the short time she found herself in a situation she never wanted to be in. Lazenko took her in, helped her find a program back in New York and helped her heal.

Her latest update was that she had finished up her remaining credits for high school and that she would be graduating fourth out of her graduating class and receiving a scholarship because of it. She said that Lazenko and her organization 4herND probably saved her life.