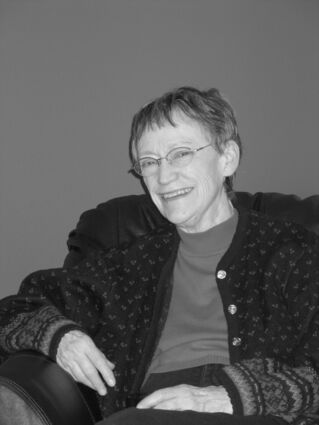 Services will be held in Glasgow at 1 p.m., Saturday, Feb. 4, at Bell Mortuary, Glasgow, Mont., with Pastor Rick Thompson officiating.

Marilyn graduated from Glasgow High School in 1955. She started her lifelong career at Farmers-Stockgrowers Bank (now Wells Fargo) as a junior in high school. She was the first female trust officer in Montana. When Davidson Corp bought out the trust department from the bank, Marilyn transferred to Great Falls, Mont., for about three years. She returned to Glasgow in 1992 and began working for Gary and Annette Wageman at Linsco Private Ledger until her retirement in 2000. She continued to live in Glasgow until the summer of 2022 when she moved to Helena.

Marilyn was married to Gordon Maxness and they later divorced.

She played bridge every chance she got and enjoyed the time spent with fellow bridge players. She volunteered many hours at the Pioneer Museum and served as the treasurer for the Valley County Historical Society. The Class of 1955 gathered for lunch once-a-month for many years. She traveled to France with Joan Helland and Eleanor Pratt in 1997, and also took a fall foliage tour to the east coast. She volunteered for the Republican Party and was a member of Soroptimist International.

Her greatest joy was her grandchildren. She attended every event she could from vacations together to school events, graduations, birthdays, holidays and even managed to be there for a couple of births.

Marilyn is remembered for her kindness and incredible strength. She had a stem cell transplant in 2004 after being diagnosed with multiple myeloma. We were blessed with an additional 18 years of memories.

She is preceded in death by her parents; her brothers, Bill and Bob Hatton; sister Peggy Hatton; four infant siblings; her grandson, Kyle Barnes, and many close friends.