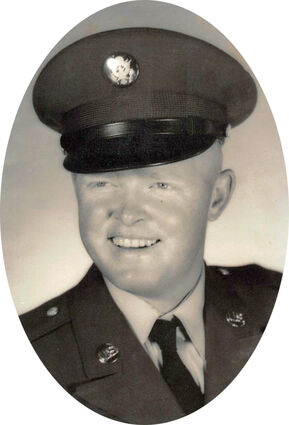 Cecil Floyd Dalby passed away after a short illness on Thursday, Jan. 12, 2023.

Cecil was born in Glasgow, Mont., March 13, 1941, to Emil and Alma (Frederick) Dalby. He was the seventh child out of eight children.

In July of 1963 Cecil decided to forgo his senior year of high school to join the Army and was stationed in Fort Carson, Colo. until July 9, 1965. After leaving the Army, Cecil returned home where he worked for the post office in Glasgow as a mail carrier form 1965 to 1970. In March 1970 he took a job with the railroad where he remained until his retirement in 2000. Because he was not a man to sit around, Cecil went back to work at the post office as a substitute driver until early in 2022, a job he truly enjoyed.

Cecil was quite an athlete in his day and loved to tell the stories of his football and basketball prowess. Throughout different stages of his life, he enjoyed participating in racquetball, bowling and golf. He was extremely proud of the golf tournament he and his teammates won this past summer.

Cecil loved Scottie sports and was a member of the chain gang for many years; he was also a volunteer coach of youth basketball at the Civic Center. This love of sports and competition led him all over the state, as well as across state lines as he followed the competitions of his nieces and nephews.

Cecil could be found having lunches with his siblings or chauffeuring them across the state to visit other relatives. He loved visiting with family and catching up on everyone's life. He always had a smile and a chuckle no matter the conversation.

Cecil is survived by his brother, John Dalby and three sisters, Evelyn Mix, Cora Canen and Nora Zeiger, all of Glasgow, as well as several nieces, nephews and cousins.