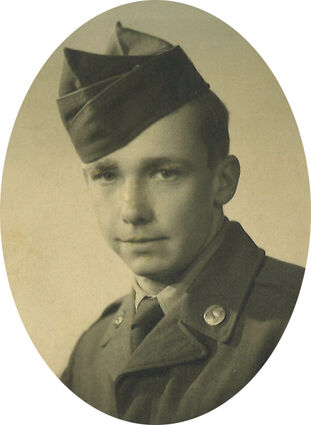 Private family services will be held this coming summer.

He was born on July 11, 1931, in Nashua to Severin and Olga (Aberg) Skolrud. He was the youngest of four children. He attended all his school years at Nashua School. He graduated in 1949. After high school, Don was drafted to the Army in January 1952 and returned home in January of 1954. He served 18 months in Korea.

On Nov. 7, 1954, he married Eldora Skolrud. In their 67 years of marriage, they raised three boys, Lee, Terry and Kris, and two girls, Diane and Donna.

He started working for the Bureau of Reclamation in Fort Peck, Mont. After that he worked for Newtons, Fishers and Ford. He owned his own shop out of his garage in Nashua when he decided to retire in 1993. Retiring didn't stop him from working and tinkering on any vehicle that needed his help. He was very handy at fixing things and as long as you held the light right, he would even let you help.

Don was a great woodworker and welder. He made quite a few wood log lamps, Eldora's spoon collection case, wood splitter, little tractors, pickups out of cars, trailers and even rebuilt many different toys. He helped build many houses, garages, and porches.

Don always enjoyed taking everyone hunting and on family camping trips. There was always stories to be told and fun to be had. He also enjoyed the get togethers where all the family came home to cut, haul, split and stack wood for his wood stove.

On any given day you could always catch Don sitting watching any good ol' western show on the TV. He was a caretaker for his wife for many years before her passing this past June of 2022.