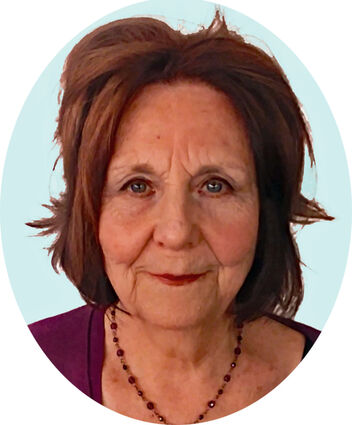 Candy (Krause) France, age 76, of Glasgow, Mont., passed away Monday, Dec. 12, 2022, at Frances Mahon Deaconess Hospital, in Glasgow, after a battle with Endometrial Cancer. She was strong and brave to the very end.

Candy was born to Ralph and Gladys (Jensen) Krause on May 20, 1946, in Great Falls, Mont. She graduated from Helena High School in 1964. She worked for Mont Bell and recalled fondly how everyone used to dress up for work wearing dresses, stockings and heels. She carried that on throughout her life, always looking classy when she was going to work.

Candy married J.D. "Bud" France in March 1972. They welcomed a daughter, Angela, in December 1976. She was to be their only child together. They had a very interesting life, moving many times between Colorado, Texas and Montana. When they moved to Glasgow in 1993 to be near her uncle, Melvin Jensen, of Hinsdale, Mont., Candy and Angela both said "NO MORE MOVING!" Glasgow became their home, and Candy established Herbs & Things in 1995 which is still in operation to this day. She loved her store, customers, and especially loved talking and debating politics – she really got animated during some of these discussions!

Bud passed away suddenly in 1998, and not too long after that she took on the project of rescuing cats. She loved cats. She spent a lot of time and money getting cats spayed/neutered and re-homed. Her dedication to this cause has prevented hundreds, maybe thousands of unwanted kittens here in Valley County. This was her passion in life, and she will be forever remembered for it.

She married Robert Dunseth on Jan. 19, 2002. He became her best friend and they had so much fun together. He adored her and helped her with her many "projects." They had 13 wonderful years together until his death in June 2015.

Preceding her in death were her parents; aunts and uncle; her husband Bud France; and her husband Robert Dunseth.

She is survived by her daughter, Angela France, of Glasgow; her step-son, Tom France, of Billings Mont .; step-daughter, Jen Brodal, of Minot, N.D .; her very special cat, "Chance," and numerous cousins.

A Celebration of Her Life was held 11 a.m., Monday, Dec. 19, at Bell Mortuary, Glasgow, with Pastor Tom Fauth officiating.

Burial will be when the weather in nicer in the spring.

In lieu of flowers, donations can be made in her honor to Wolf Point Pound Puppies, PO Box 164, Wolf Point, Montana 59201.