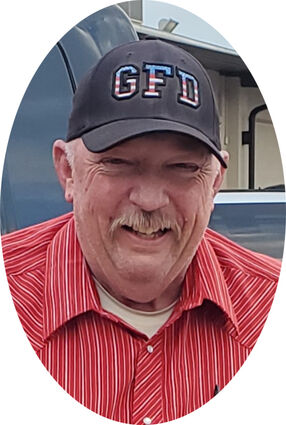 Tim was born Oct. 17, 1966, in Glasgow, to Dr. David J Hide and Jane (Ames) Hide and graduated from Glasgow High School in 1985. After graduation Tim attended Northern Montana College in Havre, Mont., but that was cut short due to his dad getting sick so he returned home to help.

Tim was known in the Glasgow community as the "Ice Man," he would deliver bags of ice to local businesses. He started working for Danny Taylor delivering ice in 1987, then to Danny Zeiger in 1996, then back to Danny Taylor, then to Josh Sand from 2004-2022, with him most recently working for Kevin Taylor. Tim would often say that he was part of the buy/sell agreements. Tim loved his job as the Ice Man and could be found chatting with many people at each location.

Tim lost his dad in October of 1994. After his dad's passing his mom met Merrill Johnston, of Glasgow, where Tim gained some more family with Merrill's sons, Brady and Brian Johnston. Tim had a love for animals especially his dog, Rounder. Tim and Jane enjoyed many trips back to Minnesota to visit her family. In March of 2022, Tim had to put his beloved mom in the nursing home due to health reasons, this was very hard on Tim. He made sure his mom was well taken care of and made numerous trips to visit her at Valley View. In June of 2022 Jane passed away.

Tim could be found daily having a double hamburger with ketchup, gems, and a Pepsi at our local Flip Burger & Treats, they knew exactly what he liked. Tim had also become a new icon at the local coffee shop, The Loaded Toad, where he could be found drinking a coffee and talking with people. Tim was a great helper at the Toad for Candy and the crew, and is greatly missed by them.

Memorials in memory of Tim can be made to Valley County Long Run Fire Department.