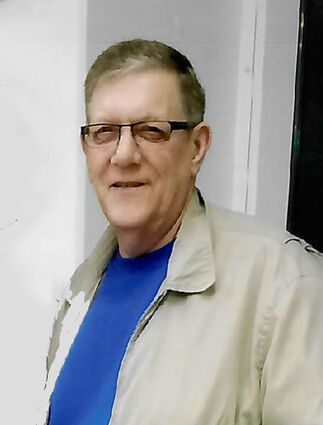 Timm Rice finished his fight against cancer on Thursday, Oct. 6, 2022, and joined many of his loved ones in heaven.

Born on Dec. 14, 1949, in Glasgow, Mont., to Cliff and Marie (Vorell) Rice who raised him and his two brothers, Sid and Pat, on their family ranch west of town.

He attended school in Glasgow, where he graduated in 1968, often sharing memories of the many friends that he ran around with. He moved from Glasgow to Spokane, Wash., where he went to school at Kinman Business University while working at the Coeur d'Alene Hotel as a night auditor for four years. Then in 1972, he went to work at Ogden Food Service Corporation where he was an assistant manager in operations in Spokane where he worked for seven years. In 1979, he started to work for Frontier Airlines in Amarillo, Texas, as a transportation center representative. This is where Timm got his love for the airline industry. While at Frontier, he worked in Amarillo, Denver, Milwaukee, and Fort Collins. After Frontier shutdown due to bankruptcy, Timm moved to Dallas and worked briefly for Braniff Airlines and US Sprint. In 1988, he started at Thai Airlines working in the Dallas regional office. When Thai stopped its service to the Dallas-Fort Worth, Timm started working for American Airlines in the auditing department at the corporate headquarters at Centreport near DFW Airport. After being laid off from American after 9/11, he held several small jobs before going to work for Bank One when then merged with Chase Bank where he worked for 12 years from where he retired.

He enjoyed the "Mollie B. Polka Party" TV show immensely and paid the extra money to get the channel that broadcasts the program every Saturday night. He was known to many for his gardening skills and abilities once being recognized by the City of Arlington for having the Yard of The Month in his neighborhood. He took real pride in his yard and any landscaping he did. He loved spending time with friends and helping people including those that needed it most.

Timm occasionally returned to Montana for family weddings, funerals, etc. His passion for caring (helping others) motivated him to give generously in a multitude of ways. He was already ready and willing to lend a hand to anyone who asked.

He was preceded in death by his parents, Clifford and Marie Rice.

He is survived by his brothers Sid (and Patricia) Rice and Patrick (and Vickie) Rice; and nieces and nephews; Jerry, Juanita, Joan, Jay, Coy, Julie, Stacie and their families. He also had many friends and neighbors that supported him throughout his life including Dennis Fleming, Mark Kennedy, Tom Powell, Monty Sitton, Manny Zelaya, Diane Williams, Sue Cessna, Sherry Scott, Estella Martinez, Liz Zuba, Betty Sheker and others that are too numerous to list.

The family would like to thank the staff at Arbrook Plaza Nursing Home and Texas Rehabilitation Hospital. So many people went above and beyond what we ever anticipated and it was truly and deeply appreciated.