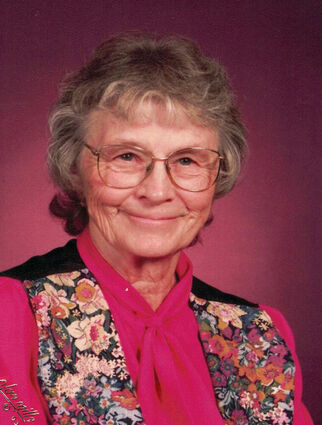 Alice Darlene Jones was born by midwife on Sept. 27, 1931, to Albert Nelson and Ida Hookland. On Friday, Oct. 7, 2022, Darlene, 91, passed at Valley View Home in Glasgow, Mont., on to the Glory of Life Everlasting and into the arms of Jesus.

Services will be held Monday, Oct. 17, at the Hinsdale American Legion Hall at 2 p.m., with reception to follow. Darlene's final resting place will be in Hillview Cemetery.