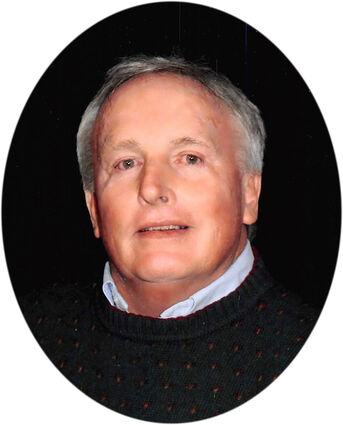 Butch was an organ donor, and his corneas were harvested. He has been cremated with services scheduled for 2 p.m., Saturday, Oct. 1, at Bell Mortuary with refreshments following. There will be a celebration of his life in Franklin, Ohio, sometime in December.

Butch was born in South Lebanon, Ohio, Aug. 18, 1950, to America Browning only to be adopted a few hours later by Millard and Dorothy Tewell. Millard loved his little boy so much and took him everywhere even in the city truck, Millard worked for the City of Franklin. Butch lost his hero at the age of seven when Millard was killed in an accident running a bulldozer clearing land for what is now Franklin Community Park. Then his grandpa Hansford Tewell took over to keep Butch busy, taking him mushroom hunting and fishing at Lake Erie with his cousin Gus Hurst.

Butch's mother married Paul Ruppert Sr. when Butch was 13 and Butch struggled with that after he had been "man" of the house for six years. As he grew older, he loved and respected Paul Sr.

We got married young, but we worked through all the normal struggles, had great 53 years together and raised three amazing children.

Butch was a great dog trainer and was known all over the United States as the best. After moving to Montana, he was sent many dogs to train for hunting and obedience, making many friends as far away as Italy. He worked for Oregonia Ohio Post Office as a carrier with his best friend Steve Burggraf as his boss.

But his most cherish job was coaching the Franklin Ohio Wildcats football for 10 years. He was a big influence on so many young men and had many long-lasting friendships.

Butch finally found his biological mother and spoke to her on the phone a year before she died and one biological sister, Fonda Gross became very special to him. They spent a lot of time talking trying to catch up.

He lived in Nashua 22 years and always said this is the best place to live with such wonderful caring people. He served on the FMDH Foundation board and a few short time on FMDH Hospital Board of Trustees. He supported the Aaron Chatten Foundation softball games. An avid hunter, sometimes lately just enjoying the wildlife and watching hunting dogs do what they love to do.

Preceding him in death are his mother, Dorothy Ruppert; brother, Jimmy Tewell; and Grandma Murray.

Condolences may by left for the family at bellmortuaryglasgow.com.