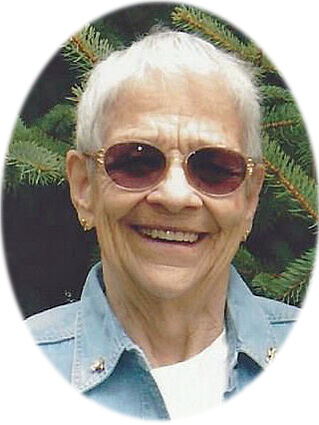 Carrol A. Dooper, 87, was greeted by the numerous furry companions she cared for during her lifetime when she crossed over on Friday, Sept. 2, 2022.

Cremation has taken place, as per Carrol's wishes, and a graveside service will be held at the Highland Cemetery on Saturday, Oct. 29, with a reception following at the Cottonwood.

Carrol was born to Annie Lukin Overton and Joseph Henry Overton in Oswego, Mont., on July 24, 1935. She was raised by her grandparents, Emma and Peter "Rhubarb" Lukin.

On June 17, 1957, August "Gus" Dooper and Carrol were married in Wolf Point, Mont. They spent the entirety of their married life in Valley and Phillips County.

In her later years Carrol prided herself on being self-sufficient, and spent her days caring for her pets, feeding the birds, shopping at "The Thrift," motoring to garage sales, and making frequent trips to the library in her "Hummer" until her health dictated a move to Valley View Home in December of 2021. While there, she especially enjoyed the company of Jax and Rose, the resident felines, and Rigg, the handsome German Shepherd. The family is grateful for the excellent care Carrol received while residing at Valley View.

A memorial has not been established but donations may be made in Carrol's name to a charity of the donor's choice, especially Valley View Home or one that benefits animals.

Bell Mortuary is in charge of the arrangements.