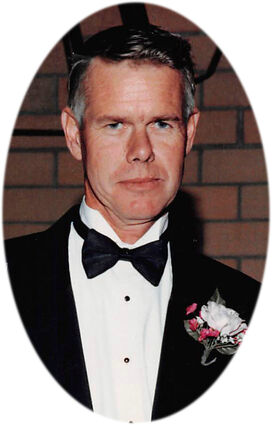 Harley Weston Blatter, known to all as Butch, passed away peacefully on Saturday, Sept. 3, 2022.

A memorial service will be Friday, Sept. 16, at 1 p.m. at Bell Mortuary, Glasgow, Mont. Burial with military honors will follow at Highland Cemetery, Glasgow. A reception will be held at the Glasgow Elks following the burial.

Born June 5, 1946, to Cleo and Beryl Blatter, Butch was the sixth of seven children. He and his siblings were raised in Glasgow. From a young age, Butch had strong work ethic, a talent for problem solving and enjoyed working with his hands. Butch graduated from Glasgow High School in 1964.

In August 1965, Butch enlisted with the Montana Army National Guard. He was an expert rifleman and decorated as a sharpshooter. In 1968 he served two years active duty including 18 months stationed in Germany. Butch was honorably discharged from active duty in December 1969 and completed his reserve obligation in 1971. Butch was an early and generous contributor to the Northeast Montana Veteran's Memorial in Fort Peck, Mont.

Simultaneous to his time in the Army National Guard, as a teenager with nothing more than a pair of pliers and a crescent wrench, Butch went to work for Edwin Swanson at Farm Equipment Sales as a mechanic. Butch quickly became a superior mechanic and after returning from active duty he earned the responsibility of managing the shop, a role previously held by his father Cleo. Butch was eventually made a partner of the FES Corporation. Butch's ability to work on farm implements made him integral to farms and ranches throughout northeast Montana. Butch understood the importance of timing in agriculture and treated the urgency of repairs as if the customer's operation were his own. It was commonly noted that Butch more than compensated for his lack of tools at the time he started as a mechanic. Later he became well known for having the most complete and highest quality set of mechanic's tools in the region. Talent, coupled with his work ethic, caused Butch to be revered for his contributions to the company and local operations but the praise never went to his head. Humble, stern and steady were core to Butch's personality. He trained those traits, along with good mechanic work, into his crew. The first to arrive and the last to leave, Butch set a model example for FES employees. He was not, however, without an ability to acknowledge a job well done and liked to enjoy a "cold one" with his crew at quittin' time. Butch retired in 2017 after more than 50 years with FES serving the agricultural community. Even in retirement Butch remained invested in local operations and was often spotted driving past area crops to check progress and visiting with farmers about their harvest and yields.

In 1971, Judith Craig captured Butch's attention. With beautiful blue eyes and a voice like an angel; she captivated Butch and their love story began. The two of them, along with Judy's two young sons Jeff and Corey Johnson, started a life together in 1972. They purchased farmland and built a home south of the Tampico Road where they raised sheep, laying hens, a small farm and gardens. Butch and Judy had two more children; Jeannie in 1974 and Weston in 1976.

Butch was a member of the Glasgow Fire Department and served as Fire Chief for several years. Butch took pride in his service to the community and enjoyed the many deep and lasting friendships and camaraderie that resulted from the fire crew's work to keep the community safe.

Butch was a man of few words but his actions spoke loudly. He loved his wife and family and worked tirelessly to provide for them. He showed them the value of a job well done, managing priorities and always making good on obligations. On relatively rare days off he enjoyed taking the family to the lake to enjoy time on the water in their boat.

Butch knew a sadness in his life that no parent is meant to endure. His daughter Jeannie died in 2001, his son Wes in 2008 and his stepson Corey in 2022. Though pneumonia compromising his lungs was the reason he was in the hospital at the time of his death, it was clear to those who knew him that Butch died of a broken heart.

In lieu of flowers the family requests that memorial gifts in Butch's name be directed to the Glasgow Fire Department or the Northeast Montana Veterans Memorial.