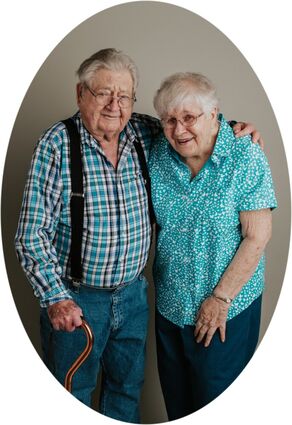 Robert "Bob" Harold Heikens, 92, passed away on Saturday, July 23, 2022, in an automobile accident outside of the town of Nashua, Mont. His wife of 67 years, Helen Marie (Lauckner) Heikens, also passed away in the same incident.

A celebration of life will be held at Our Redeemer's Lutheran Church in Nashua on Saturday, Aug. 6, at 10 a.m. Burial will be in the Nashua Cemetery and there will be a luncheon at the church following.

Bob was born Sept. 19, 1929, in Glasgow, Mont., to Mike and Sylvia Heikens. Helen was born May 17, 1935, in Grand Rapids, Minn., and her parents were William and Hilda Lauckner. Both Helen and Bob attended Nashua Public Schools where he graduated in 1947 and she in 1953. After high school Bob spent time traveling and working in Iowa and California until he returned to full time farming in the Center Community south west of Nashua. Helen grew up cooking for threshing crews and worked as a secretary in Glasgow after graduation. They met at a Webb Pierce concert and several dances and dates later Bob and Helen were married on Nov. 20, 1954.

In addition to farming with his brothers, Al and Don, Bob was a board member for both the irrigation district and Nemont Telephone Company for 40 years. Helen was a quintessential farm wife who planted huge gardens, raised chickens, provided three meals a day and was the cake decorating lady for over 20 years. Bob was an avid bowler in the Nashua league for over 50 years and Helen was involved in the church, the community women's club and was an avid seamstress and quilter. Bob and Helen raised four children in the Nashua community. They were very supportive parents and made sure their children were involved in many clubs and organizations. They were also diehard Porkie fans and for years never missed a sporting event.

Bob and Helen both loved to travel and Bob enjoyed driving so over the years they made several trips across the country visiting friends and relatives along the way. They often said the only part of America they hadn't seen were the New England states. In the winters they became Montana snowbirds and joined their friends in Apache Junction, Ariz., enjoying the sun and fun. When their youngest daughter was diagnosed with cancer, all of their efforts went into helping her and her family and when she passed, they became her daughter Jennifer's parents. Once again they became involved in the Nashua High School activities and their home was a welcome place for another generation of teenagers. At that time Bob retired and they moved from the farm into Nashua and remodeled the home they shared for the next 20 years.

In retirement, Helen and Bob were active members of the Nashua Senior Center and Grace Lutheran Church. Bob spent hours in his wood shop crafting seasonal decorations that became a fixture on the main street of town. Helen continued her sewing and quilting projects and both of them were competitive pinochle players. One of their greatest joys was working together in the garden and they kept busy "irrigating" and tending the vegetables and flowers. In March of 2022 they moved into an apartment in Prairie Ridge Assisted Living in Glasgow. Their new community welcomed them with good meals, friends and lots of activities. They mentioned numerous times they were so lucky to have each other as they embraced this new phase of their lives. They cherished visits from family both in person and via phone calls and video chats. Helen and Bob were a testament to a successful marriage in their dependence on each other but yet there was an independent streak in each of them. We will miss Bob's stories and Helen's laugh but find solace in their passing together. Bob and Helen truly loved life and they lived a life full of family and friends.

Preceding them in death are their parents; their daughter, Ann Willis; Robert’s brothers Donald Heikens, and Al Heikens; and Helen’s sister Josephine Dorsey. 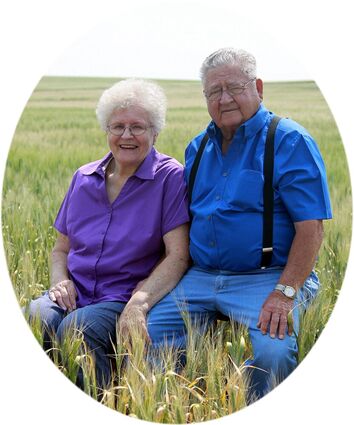