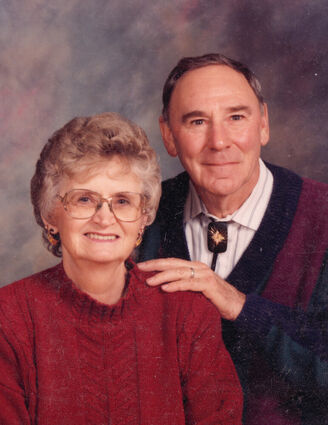 Anne Marie Akre was born in Dodson, Mont., on Aug. 19, 1931, to Forrest and Gertrude Akre. Anne was one of four children in the family. She grew up primarily in Turner and Harlem, Mont., and graduated high school in Harlem. She then went to college at Northern Montana College in Havre, Mont. It was there she met and eventually married Don Coday. They settled in Havre for the first nine years of their marriage where they had their three children, Dave, Diane and Barry.

The family moved to Glasgow, Mont., in 1964 and were there until 1969 when they moved to Whitefish, Mont. They moved back to Glasgow in 1972 where they lived until they retired.

After retirement they toured the country with good friends in their motorhome for many years seeing most of the United States. You would often see Anne and Don going around the country square dancing. After living out of their motorhome for a number of years they settled in Yuma, Ariz., in the winter and eventually built a home in Show Low, Ariz., where they spent their summer months.

Anne went to be with the Lord on Saturday, June 18, 2022, just two months short of her 91st birthday. She is predeceased by her parents and her two brothers, Forrest and Roy Akre.

A date has not been set yet for a memorial service.