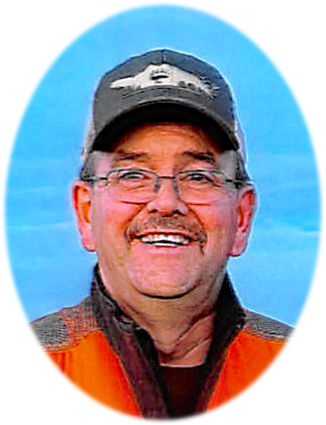 Richard Eugene Olson passed away on June 13, 2022 at his home in Richland, Mont. Richard was born April 4, 1960 to Albert and Joann Olson in Amery, Wisconsin.

While working on a dairy farm in Wisconsin, he met the love of his life, Lita Brackee. They were married in a little white church in Wisconsin on Nov. 26, 1988. To this union, they were blessed with four children. In 1992, the family moved back to Montana.

His life revolved around his family, hunting, fishing, four wheeling, training his hunting dogs, his yard, garden and plants. He would not let anyone mow because it was never good enough. He was always keeping busy and was happiest when a worm was in the water. He truly enjoyed his time spent with his grandchildren sharing his many hobbies and knowledge with them. He loved them all very much and never had one favorite, he treated them all the same. He never met a stranger as he had a gift of gab and could easily make new friends.

He was currently employed at Daniels Memorial Hospital in Scobey, Mont., a job he loved very much. Throughout his life, he enjoyed his various jobs which included ranching, dairy farming and mining. He made many lifelong friends that had turned more into family during these years.

He is preceded in death by his parents and his in-laws, Delroy and Annabelle Brackee.

Richard is survived by his wife Lita Olson; sons Ricci (Carla), Chantz (Kortney) and Chase (Sam); daughter Andrea (Mike) Sattler; thirteen grandkids and one baking in the oven; four brothers; one sister; numerous nieces and nephews and his two dogs, EJ and Scooter.

Richard will be greatly missed by all who knew and loved him. We will cherish all the memories and keep the family traditions going, which meant so much to him.

A celebration of his life was held on Tuesday, June 21, 2022 at Bell Mortuary in Glasgow, Montana with Pastor Scott Kiehn officiating. Condolences may be left for the family at bellmortuarymontana.com.