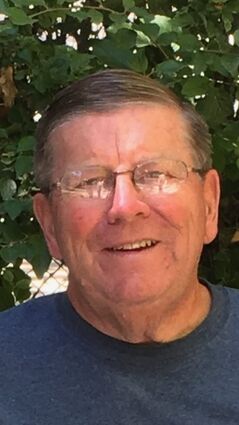 Kenneth (Ken) Allen James of Billings, Mont. peacefully passedon June 2, 2022 at the age of 77 after an 11-year battle with cancer.

Ken was born in Tacoma, Wash. to Harold and Christine James on October 19, 1944. A distant member of the Colville Indian Tribe in Washington, he enjoyed a delightful childhood, in which he spoke of often. Following graduation from Mount Tahoma HS, Ken enlisted in the Air Force; serving at Glasgow Air Force Base, Glasgow, Mont., Minot Air Force Base, Minot, North Dakota and Vandenberg Air Force Base, Lompoc, Calif., he also flew missions during the Vietnam War.

In 1967, while in the Air Force, Ken married Rhonda Roness of Glasgow, Mont. Two children were born of this marriage; Kevin James and Shawna (James) Talles.

After the service and returning to Glasgow, Mont., he met and married Consuela (Connie) Quintus in 1978. Two children were born of this marriage; Eric James and Kristen (James) Sanders.

Ken worked in the construction industry as an electrician. He dedicated over 30 years to the Army Corps of Engineers Power Plant at Ft. Peck, Mont. and retired in 2006. He was proud of his work and often spoke of his time there.

He will be fondly remembered for his joy in freely sharing in his talents, especially with youth. As a pilot, Ken shared his love of flying as part of the EAA Young Eagles program. He also enjoyed being a Boy Scout Leader and Swim Team coach, assisting each child to achieve their best.

Ken enjoyed the outdoors; hunting, fishing, camping and always traveling to his beloved mountains. Music always played a part in his life, a highlight as a young musician was being able to play beside the Tacoma Symphony members. As an adult Ken played guitar in the church choir.

He was proceeded in death by his parents Harold and Christine James and his brothers-in-law, Joe Zenobio and Gary Quintus.

In lieu of flowers please donate to the Roberts Run Project in Hamilton, Montana or the EAA Young Eagles Project.