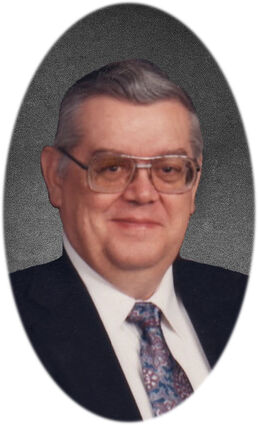 With more than 55 years of professional engineering and construction experience, Robert worked, lived or traveled in most of the U.S. states and more than 30 foreign countries. He began his career as a student at Montana State University, earning an electrical engineering degree in 1961. Robert is a registered professional engineer in the Commonwealth of Pennsylvania. He spent several years with the U.S. Army Corps of Engineers as a civilian engineer trainee, aide, and engineer in hydroelectric power complex construction, He also served more than eight years in the U.S. Army Reserve from 1956 through 1963.

After his military service, he served with Stanley Consultants, Inc. as a transmission/distribution engineer from 1962 through 1964, as a national re-electrification engineer of a hydroelectric facility in Liberia, and fossil/diesel power plant design/construction/startup engineer for both commercial electric utilities, and during this period, he was an engineering consultant for a World Bank Group in 1963. Several special assignments included construction and startup of a diesel plant and communication facility for the U.S. Navy in the Philippines, fossil power plant for Korea Electric Company, and a refinery modification for Logo Oil Company in Aruba.

Robert began his consultant career as Special Projects Manager and Chief Engineer for Eagle Construction Corporation. He served as the field electrical/construction/safety engineer for nuclear power plant audit/inspection with United Energy Nuclear Services from 1968 to 1992. Robert worked in this role at more than a dozen nuclear power plants in the United States.

In Amarillo, Robert held multiple positions at the USDOE Pantex Plant from 1990 through 2011, including manufacturing engineer on assemble units, manager of reliability assessment programs, and principal engineer for maintenance/improvement projects. Robert most recently worked as a construction manager for Sharyland Utilities from 2011 through his retirement in 2017.

Robert spent his retirement years writing fiction stories, travelling, and spending time with his family. Beyond the efforts in the commercial field, Robert was a District Vice-President in the Northeast Ohio council of the Boy Scouts of America, the founder and director of the Madison computer society, served as National Chairman of the Department of Energy Facility Condition Survey group, served on the board of directors of Kids World Multimedia, and Executive Chairman of Acrobat Entertainment.

Robert was preceded in death by his wife, Carolyn Kay Von Eschen; his parents Leroy and Lillian Von Eschen.

Survivors include his two sons, Eric of Huntsville, Alabama and Marc of Amarillo; his grandchildren, Steven and Kyle; two sisters Janice Von Eschen and Pam Jones.

Memorial service was held at 10:00 a.m., Saturday, October 23, 2021 at Schooler Funeral Home, 4100 S. Georgia St., in Amarillo, Texas. Burial will be Sunday, June 12, 2022 at 2:00 p.m. with Pastor Scott Kiehn officiating at Highland Cemetery where he will be laid to rest beside his wife, Carolyn. Bell Mortuary is assisting the family with arrangements. Condolences maybe left for the family at bellmortuarymontana.com,