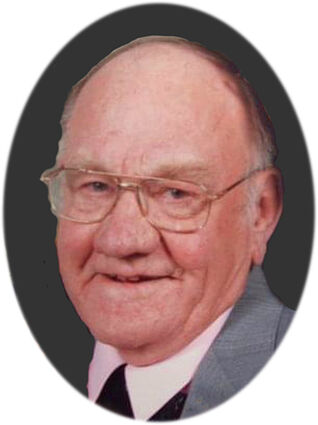 Services were held June 6, 2022 at Bell Mortuary with Pastor Herb Sand officiating. Burial with Military Honors followed at Highland Cemetery in Glasgow, Mont. Condolences may be left for the family at bellmortuarymontana.com.

Milo was born on June 27, 1939 in Scobey, Mont. to Norman and Edith Zemliska. He joined big brother, Bruce, and later became a big brother to Faye. Milo grew up southwest of Richland, Mont., on the farm that he would one day call his own. Milo was a graduate of the class of 1957 in Nashua, Mont. Milo married Gwen Olsen Brenden-to their union came Connie, Shelly and Kristy. Milo then married Shirley Tye Marquardt in 1979 gaining two adult children, Valerie and Greg.

Milo joined the Montana Army National Guard after he graduated high school, where he served for six years and was well known as "Whitey". Due to the drought on the farm, Milo went to the Air Force Base, North of Glasgow, and began construction work as a heavy equipment operator. He and his cousin, Marvin Gardner, bought the downtown Conoco station and ran it for a few years before his dad called him home to help on the farm. Milo farmed in Northern Valley County thru 1998 before retiring to Billings in the fall of 2000.

You may recall hearing the old "Snowball" handle on the CB. That's Milo! He was a farmer at heart, reminding his grandkids, "You know, there is more wheat in a crooked row!". Milo had a work ethic like no other, but that didn't stop him from having fun. Cold winter nights and rainy afternoons you may have found him sitting with a group of buddies enjoying a few cold ones and playing cards. He loved to gamble and was good at it! Maybe he even took you for a few bucks one time! Milo made many trips to the NFR in Las Vegas after riding broncs himself in his early years. Another pastime favorite was chasing coyotes and fox on snowmobiles as well as racing them any chance he got, including a few trips to the races in West Yellowstone. If broncs and snowmobiles weren't enough, he also spent plenty of time participating in the local demolition derbys. Milo had the gift of making friends wherever he went. A great testimony of that comes with his move to Billings after retirement. Milo made so many new friends and from that came lifelong friendships. He and Shirley gained another family in Billings. He was always on the go, whether to the field or to have some fun. Milo's life would encourage us all to work hard, play harder.