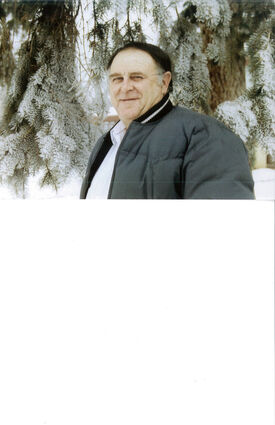 Daniel John Carney, age 82, passed away peacefully with family by his side on Tuesday, April 19, 2022, at St. Patrick Hospital in Missoula, Mont.

Burial will be at Highland Cemetery after the mass with a lunch being served at St Raphael's Parish Center after burial. Please join us to celebrate Daniel's Celebration of Life! Finally, if you cannot join us or would like to, please feel free to share a story by emailing it to us at [email protected]

Daniel John Carney was born to Clarence and Blanche (Baker) Carney on Feb. 24, 1940, in Glasgow, Mont. Dan was the eldest of three sons. He attended Glasgow Elementary school for three years then fourth through the eighth grade at St. Raphael's school, with graduation in 1954. In 1958, Dan graduated from Glasgow High School then attended Northern Montana College and Dickinson State University graduated from NMC with a teaching degree in history and industrial arts in 1965.

Dan married Earlene Schmitz on Aug. 26, 1961, in Golva, N.D. Through this union they were blessed with four children, six grandchildren and four great-grandchildren. Carney, as he was known throughout the community, loved to work with his hands. He worked at the Glasgow Air Force Base, Baltrusch Construction and other various construction companies paying his way through college and supporting his family. After graduation, Dan and Earlene chose Glasgow to call their home and raise their family. In 1965, Dan went to work for Markle Service Center repairing motorcycles until 1972. Dan saw an opportunity and partnered with the Potter family with Town and Ranch Service Center until 1976. Then Dan took his talents to Fossum Ready Mix until his retirement in 2006.

Dan believed in being an involved member of the community. That drove him to take part in various service organizations throughout his life. He was a leader for Boy Scouts, a CCD teacher at St. Raphael's, became involved in the local Knights of Columbus, St. Raphael's Parish Council to name a few, but his passion was being a firefighter. Dan spent 22 years being a volunteer with the Glasgow City Fire Department. Acknowledging the need for a rural county fire department Dan, Dick Britzman, Walt Turner, Dan Taylor and others started the Long Run Fire Department. Dan stayed active in Long Run for 20 years. In 2005, Dan was named Valley County Fire Warden. Dan would help other rural fire departments within the area develop and expand their services. Through his efforts and others, our community is a safer place. Dan was on the City Council for multiple terms and served as Mayor of Glasgow for eight years (Aug. 1, 2005-Dec. 31, 2013). His concern was doing the right thing with the City of Glasgow. He was on the Levee Committee until its completion and also served on the Refuse Board until his dismissal in 2021. He served on the Pioneer Museum Board preserving the local history of the people and events. Dan truly wanted to make Glasgow a great community.

He had many friends and no one was a stranger very long in his presence!