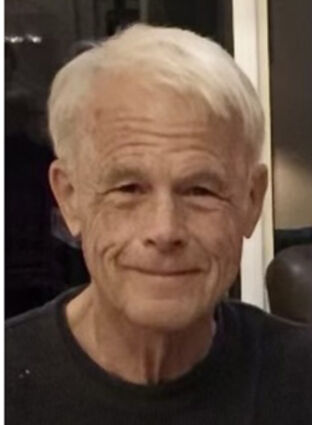 John A Langen passed away peacefully at home on Monday, March 28, 2022. He was 77 years old and died from complications of idiopathic pulmonary fibrosis, a degenerative lung disease.

John, the eldest of four children, was born in New Rochelle, N.Y., on Sept. 28, 1944, to Leonard Langen, of Glasgow, Mont., and Katherine (Kitty Lou) Loper, of Richmond, Ind. Leonard was an agent with the FBI and was assigned to New York at that time.

By the time John was a young teenager he was spending summers on his grandfather's sheep ranch north of Glasgow, and it was there that he learned to drive trucks and tractors, smoke cigarettes and mingle with the Basque ranch hands. These were formative experiences for John and he carried fond memories of his "time on the ranch" throughout his life and would often reminisce on the many colorful events and people from those times.

At 17, John married his high school sweetheart, Gail Johnson, and by the time he was 18 he was a father to son Mark. John and Gail had a daughter, Johnna, two years later and so by the time John turned 20 he had a whole family!

As a teenager John worked part-time as a broadcaster at the local AM radio station KLTZ in Glasgow. Not only did John enjoy broadcasting, he found that he had a real knack for it and so decided to pursue it as a career. He attended a radio broadcasting school in Burbank, Calif., where he received his professional broadcasting/first class radio license from the FCC. John went on to work as a professional broadcaster for a number of years in Glasgow as well as Williston, N.D. and Missoula, Mont. While in Williston John earned an associate's degree in chemistry.

John transferred to the University of Montana in Missoula where he continued to support his family and finance his education as a radio broadcaster. In Missoula during that time he became a bit of a minor celebrity as the voice of a popular morning drive-time show. John earned a bachelor's degree in economics in 1971 from the University of Montana.

After receiving his bachelor's degree John chose to attend law school at the University of Montana. John graduated from law school in 1974 and moved the family to Glasgow where he went into practice with his father Leonard who himself had been a lawyer in Glasgow for many years. John practiced law in Glasgow until 1986. He was very busy as an attorney and considered himself a good lawyer, however he found the work stressful and detrimental to his health. John's family and his doctors recommended a change and so began John's third career - at a YMCA in Las Vegas, Nev.

In 1986 John and Gail moved to Las Vegas to help their daughter Johnna who had recently given birth to their first grandchild, Jordan. Gail worked as a registered nurse at University Medical Center in Las Vegas and John began working at a YMCA, first as a lifeguard and later as their aquatics director. John was a strong swimmer and an avid scuba diver and instructor so his work at the YMCA was a good fit for him. He loved his time at the YMCA developing and administering aquatics programs and working with children and families.

John retired in 1998 and spent summers at the cabin he built with his own two hands located at The Pines on Fort Peck Lake near Glasgow. John had many friends and acquaintances at The Pines and even worked a number of summers there as a volunteer firefighter. He was proud of being an active part of the team that suppressed numerous brush and forest fires in the area.

Those who knew John remember him as always willing to lend a helping hand, as relishing a funny story or joke and as someone who loved interesting conversation. John was creative, well

traveled and versed in far too many interests and pursuits to list here. He loved to share his life as he lived it with those around him through photos (he was an avid photographer), a phone call out of the blue, or maybe over breakfast at a favorite cafe.

John was preceded in death by his parents Leonard and Kitty Lou; and by his younger brother Peter.

John is survived by his sister Susan (Zieg) and brother Eric; and by Gail, his wife of 60 years. John leaves behind two children, Mark (Mary) and Johnna; and three grandchildren, Jordan, Mallory and James.