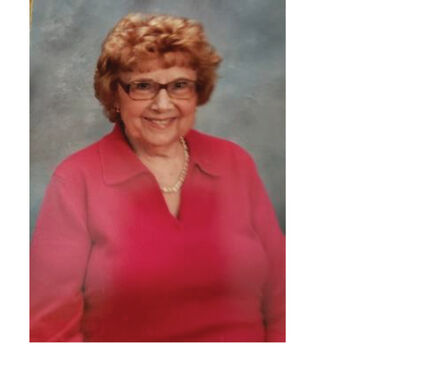 A celebration of life is planned for Thursday, June 23, from 9 to 11 a.m.at the Cottonwood Inn in Glasgow, Mont. Internment will be in the Opheim cemetery.

Deloris was born July 1, 1920, in Minneapolis, Minn., to John and Agnes Fuchs. A year later Deloris and her parents moved to Montana. She attended grade school at the Richland bench (later moved and called the North Bench) and high school in Opheim.

In October of 1938, she married Guy Fagan and moved to the Fagan farm in the Wild Rose community south of Opheim where she lived for the next 35 years. Daughter Geraldine and sons Bruce and Morgen were born while she lived on the farm.

In 1968 she went to work for the Civil Service at the Glasgow Air Force Base as a clerk typist. In 1971, she transferred to Safeguard Army Depot also located at the Glasgow Air Force Base. In 1973, she accepted a job in Battle Creek Michigan at the Defense Property Disposal Center. In 1977, she accepted a job with Defense Contractors Administration Services, Los Angeles, Calif., and moved to Torrance, Calif. At the age of 85 she retired from Defense Contractors Administration Services in 2006 and moved to Lenexa.

She was preceded in death by her daughter Geraldine; parents John and Agnes; brothers Herb, Leonard, Ray and Donald; and sisters Maureen, Betty, and Yvonne.

The family would like to express a very heartfelt thanks to the folks at Specialized Home Care and Hospice for their kindness and help.

In lieu of flowers memorials may be made to Specialized Home Care & Hospice, 2311 Redwood Ave, Suite A, Independence, MO 64157.