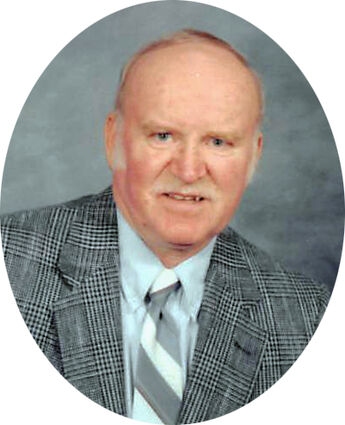 Marvin Oliver Barstad, 84, passed away on Saturday, March 26, 2022, due to a lengthy battle with Alzheimer's.

The family will receive friends on Sunday, April 3, from 3 until 5 p.m. at Bell Mortuary, in Glasgow, Mont., to share stories and celebrate Marvin's life.

Memorial service will be held at 11 a.m., Monday, April 4, at the First Lutheran Church in Glasgow with Pastor Scott Kiehn officiating. Military honors will be presented after the service followed with a luncheon at the church. A family burial will be held at Highland Cemetery following the luncheon.

Marvin was born June 4, 1937, in Glasgow to Ingvar and Myrtle (Paulson) Barstad.

Marvin was proud to be a life-long resident of the Glasgow community. He found his love Georgia Krall in Culbertson and they were married on Aug. 12, 1962, and raised three sons.

He hired on with the Great Northern Railroad at the age of 17. On March 9, 2000, Conductor Barstad was authorized to discard his timetable, rule book, safety shoes, railroad watch and pager after 45 years of unblemished service with the GN, BN and BNSF Railroad.

Marvin was devoted to his family and in particular loved cheering on his many children and grandchildren in their sports and other school activities. He enjoyed long distance running, fishing and golfing with friends. He supported the Glasgow area community through the church, Sunday morning AA group and sustainment of public fitness facilities.

He was preceded in death by his parents, Ingvar and Myrtle; brother, Milton; uncle Hank Paulson, and sister-in-law Nancy Franz (Harvey) Barstad.

In lieu of sending flowers, family requests donations be made in memory of Marvin to the Glasgow High School Educational Trust, Valley County Community Pool Campaign or the First Lutheran Church.

Condolences may be left online at bellmortuaryglasgow.com.