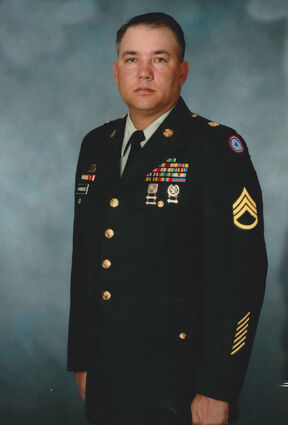 Daniel Thomas Hammons, age 54, of Glendive, Mont., passed away on Wednesday, March 9, 2022, at the Billings Clinic Hospital in Billings, Mont.

Daniel was born on Jan. 17, 1968, in Concord, Calif., to his parents, Wendell and Julia (White) Hammons. At a young age his family moved to Glasgow, Mont. Daniel graduated from Glasgow High School with the class of 1987. Following his education, he enlisted in the United States Army. Daniel served for over 20 years, which included one tour of duty in Iraq and another tour of duty in Afghanistan before receiving his honorable discharge.

Daniel was united in marriage to Jacqueline Wells on March 3, 2001, in Las Vegas, Nev., and to this union one daughter was born. He worked at Boeing Aircraft building airplanes until the family moved to Glendive in 2006. Daniel began working for MDU which he continued for several years before he went to Afghanistan. When he returned to Glendive, he went back to MDU for a short time before he began working at McCone Electric where he was still employed at the time of his passing.

Daniel has had a seven-month battle with lymphoma, which developed from the fire pits in Afghanistan. During his treatment when his immune system was compromised, he got Covid-19 and sadly lost his six-week battle with that.

He was preceded in death by his mother and one brother.

Remembrances and condolences may be shared with the family at: http://www.silhafuneralhomes.com.