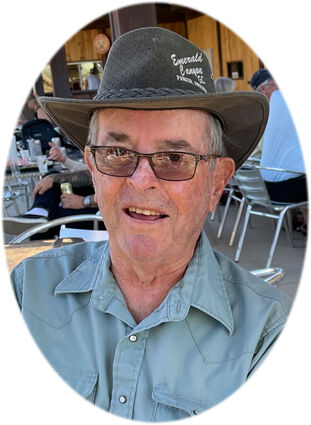 A memorial Mass will be Saturday, March 19, at 11 a.m. at St. Raphael's Catholic Church in Glasgow, Mont. A luncheon reception will be held at the American Legion in Hinsdale at 1 p.m.

He was born in Glasgow on April 14, 1938, to Edgar and Evelyn Boucher. He joined three siblings, Arlene, Donnetta and Walter "Bud." After the family moved to Baker, Mont., Rosezella was born.

Lorney graduated from Baker High School in 1956. He enlisted in the Army on October of 1957 in Baker and went to basic training in Fort Leonard Wood, Mo., then went to Alaska until July of 1959. He was a member of the American Legion for 42 consecutive years.

Lorney married the love of his life, Connie Shipman, in Miles City, Mont., on June 11, 1960. The couple had four children: Terri, Todd, Shelley and Wade.

He worked at Gambles in Baker for three years as a clerk for his brother-in-law, Joe Steffes. After Joe sold the store, Loreny went to work at the Chevy Garage as a bookkeeper for another three years. He then went to work for Fallon County in the assessor's office for four years before moving to Hinsdale, Mont., in 1969.

He began his career at 1st National Bank on Nov. 1, 1969, as a clerk and within two months he was promoted to assistant cashier. From 1971 to 1981 he was the vice president and cashier. In 1978 he became a director on the Board for the 1st National Bank of Hinsdale and in 1981 he was promoted to Executive Vice President. In 1993, Lawrence became Vice President/Branch Manager of 1st National Bank of Glasgow and Hinsdale. He retired from First Community Bank on Feb. 28, 2007. He loved all the people he worked with especially loved his "girls" (he thought he might get into trouble calling them that). Linda Lacock was very helpful to him especially in the last few years, "with them wonderful computers," before his retirement.

Lawrence was always about helping the community. He was one of the founders of the mosquito machine ("the fogger"), nobody knew there were mosquitoes in Hinsdale until some ("DSB") man moved from Baker and told them! He was also one of the organizers who helped start Milk River Days during the 4th of July Holiday in 1976, which is still an annual event. He was involved with all aspects of Milk River Days: Helping organize the BBQ, fireworks, the famous Ping Pong Ball Drop, horseshoe tournament, cannon shoot, street dance, along with some years of street bowling and golf. He looked forward to the 4th of July every year and loved seeing all the people get together and enjoy all the activities and help support the businesses in our little town. The Milk River Days Committee also did park cleanup on Father's Day, when the BBQ would be held down in the park.

He helped Terry Korman with the Bjornberg Picnic, as it was a time to get the Saco and Hinsdale communities together for a BBQ, dancing, horseshoes and sometimes a game of volleyball.

Lorney loved time with his family especially camping, playing horseshoes and cards, going to hunting camp and going south to Parker for the winter. He looked forward to Thanksgiving, when the whole family would get together for dinner on Thursday, then butchering pigs on Friday and having green chili. Saturday meant the family would have Connie's wonderful homemade turkey and noodles soup. He loved his pizza and nobody could make pizza like Connie, once he found out that you could make a breakfast pizza he told her they could have pizza three times a day seven days a week.

Lawrence is preceded in death by his parents; brother, Walter Boucher; and sisters, Donnetta Schaefer, Arlene Steffes and Rosezella Bohl.

The family requests that in lieu of flowers that donations be made in Lorney's name to the Hinsdale Fireworks Fund, Hinsdale American Legion, Milk River Days Fund or to a charity of the donor's choice.