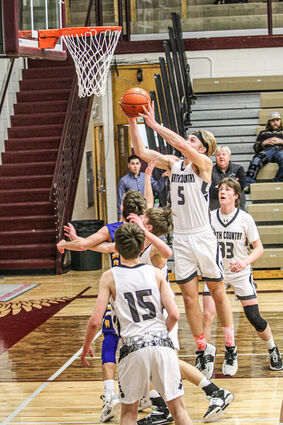 Hinsdale's Trey Johnson gets off a short shot during the North Country Mavericks' game against the Fairview Warriors at the Eastern C Divsional Tournament March 2.

A young North Country boys basketball team came on strong at the end of the season, earning themselves a trip to the Eastern Divisional tournament in Sidney. Though the Mavericks put up a good fight, their season came to an end with a 56-41 loss t...