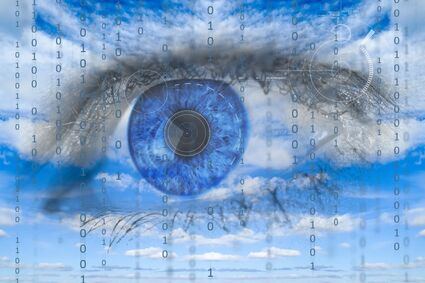 As if tax season weren't already a hassle, now the IRS has gone full on "Big Brother."

As of this summer, visitors to the IRS website needing to access the Child Tax Credit Update Portal, check online accounts, get their tax transcript, receive an ID Protection PIN or view an online payment agreement will be forced to create an ac accounts, which require an email address and password to access, will no longer be accessible as of this summer.

Now, taxpayers will be forced to provide ID.me with their email address, Social Security number, photo ID and take a "selfie" so their face can be scanned to ensure they are who they say they are. In addition to privacy issues, trusting a third party non-government agency with such critical information seems like a catastrophe in the making.

The IRS has stated taxpayers will not need to use ID.me or any facial-recognition software to submit tax returns. But any other service? Forget about it.

While I understand the need to curb fraudulent tax crimes, this new policy, which was snuck in under the radar with no time for public comment on the matter that I am aware of, is not the way of a free society.

It is well known already, thanks to the efforts of rogue Edward Snowden nearly a decade ago, that the federal government already has massive surveillance technology, and that volumes of personal data is hoovered up en masse and stored for later use without a warrant.

Now, if you already use a social media company such as Facebook or Twitter, your face is no doubt already in the government database. But for those without social media accounts, is this a workaround to get even more personal data from law abiding citizens?

True, if taxpayers have a driver's license or passport, they already have a photo in the government database. Drivers accept this to have the privilege of driving on taxpayer funded roads.

But, drivers could choose to not get a license. Nobody (at least not legally) can choose not to pay their taxes if they owe "The Man" some money.

Another consideration is for the impoverished or elderly. What if they cannot afford a smartphone or computer? How then can they access their tax documents? This holds especially true for people living in areas where there is shoddy INTERNET access.

What genius cooked this up at the federal level, and how did they sneak it through so easily?

Next time I talk to our U.S. Senators, I am going to find out...