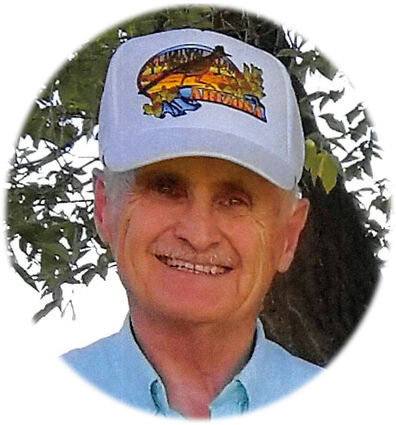 On January 10th at 1:37 PM, our good Lord escorted Allen Lee Bunk to his new heavenly home. Allen spent 36 days at Mountain View Hospital in Las Vegas, Nevada valiantly fighting to recover from a heart attack he suffered on December 9th. While Allen's desire to recover and return to Montana with his family was evident, the injuries he sustained were too great.

Despite having been born with a heart valve defect that significantly impacted his health, Allen's drive and work ethic allowed him to persevere and leave a lasting impression with everyone he encountered. After graduating from Nashua High School in 1968, he attended DeVry Institute in Phoenix, Arizona.  His love for Montana, family, and farming brought him back to Montana where he worked as a custom combiner.  In Spearman, Texas, he eventually met the love of his life, Rita Cook.  They were married on December 16, 1971 and were blessed to celebrate 50 years together last month. After marrying, they returned to Montana where Allen worked for 17 years as a mechanic for Jim Hill at the Nashua Conoco station. Allen could never deny his true love for farming.  He worked his family farm on the side for many years, and eventually bought the family farm.  After his body could no longer handle the physical demands, he retired from the farm and mechanical work and was blessed with a job at the Department of Revenue as a State Real Estate Appraiser.  Allen spent the next 25 years learning the ins and outs, and through his own ingenuity, he opened his own business, Appraisal Services LLC.  Allen loved the challenge and uniqueness of this job, and eventually began training and working alongside his son, Corey Bunk.  Allen enjoyed working the long, hard hours in his so-called "retirement," and wouldn't have wanted it any other way. Allen always dreamed of living in Quartzite, Arizona when he retired. He was grateful to have spent the last five winters there and loved every minute of the warm sunshine and cherished the opportunities to add new friendships to the many lifelong friendships he had already established over the years.  During their time there, he and Rita found another family of friends known as their "Quartzite family." Together they spent holidays, birthdays, and countless hours visiting and taking trips through the desert.

Allen had a servant's heart and was devoted to improving the lives of the people around him and in Valley County.  He was a member of the Nashua Lions Club, served two terms on the Nashua Town Council, two terms as Mayor, and was one of the original founding fathers of the Dry Prairie Rural Water Board where he served for 20 years. Allen enjoyed gardening, panning for gold, rock hunting, and teaching lapidary classes, but his fondest memories were of spending time with his family and grandchildren.  Allen was blessed with two children, nine grandchildren and one great-grandchild.

Allen was a devoted child of God, loving husband, caring father, inspiring grandfather and loyal friend.  Although we will miss his presence, we pray his legacy of hard work, optimism and love for life and family will live on in all of us. In remembrance of Allen, we invite you to press a flower in your Bible.  Allen's Bible is full of flowers from those that have passed before him.

Due to Covid, private family services will be held.  All condolences can be sent to Bell Mortuary, 701 2nd Ave S, Glasgow, Montana 59230 or left on the website, bellmortuaryglasgow.com.