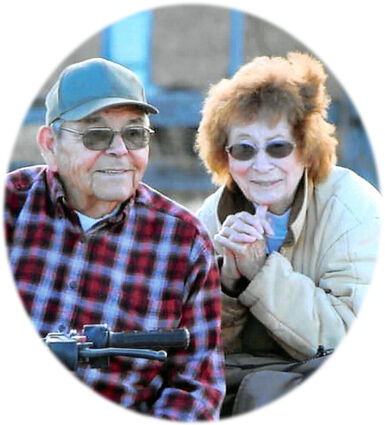 The couple married while John was serving in Korea, Jeane lived in Frazer with family while John was away. Upon returning from Korea they made their home in Frazer they were blessed with two daughters during this time. In 1955, the family moved to the area around Brigham City, Utah where they owned a fruit orchard. They raised cherries, peaches and apricots, and a few animals. While living in Utah they completed their family with the birth of their third daughter.

In the mid 1960's John and Jeane decided to move back to Poplar, Montana, where both were employed by the BIA. Eventually Jeane would go to work for Head Start. While living in Poplar the family would travel to the family farm in Wiota on the weekends to work the land and their cattle. In October of 1974, John and Jeane retired and went to work full-time on their farm and ranch, where they raised their beloved cattle, some sheep, a few pigs, a couple of chickens and a horse here and there. They worked side-by-side in their large garden and in their wheat fields. Jeane was an avid seamstress, making beautiful star quilts. She also sold eggs and chickens. John loved to be out in the field baling hay or alfalfa, he enjoyed reading and doing crossword puzzles in his down time.

John and Jean were most proud of their family and their accomplishments. They spent time following their children and grandchildren's sporting and musical events. They loved when family would visit and you could always find the cookie jar candy and the cupboard was always full for sweet treats.

John and Jean are preceded in death by their parents; siblings, and daughter Debra.

Condolences can be left at bellmortuarymontana.com.