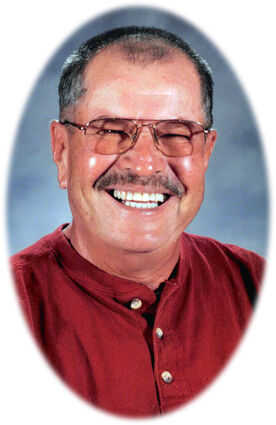 Private burial will be at Nashua, Montana, at a later time.

Dennis Wayne Riddick was born March 4, 1946, at Friendship, Tennessee, to Dennis and Rozelle (Williams). He received his early education at Elizabeth Elementary School and graduated from Alamo High School in 1963.

After graduation, he went to work at Walgreens in Memphis, Tennessee. One day he saw Elvis Presley's wife shopping at Walgreens, which totally impressed him. He eventually joined the Air Force and after basic training, Dennis was informed he would be stationed in Glasgow. He thought he would get to see the world, at least Glasgow, Scotland, but the Glasgow was "The Middle of Nowhere" Glasgow, Montana.

Not too long after he was stationed there, he met Mary Ann Yager. It was love at first sight, and they were married April 15, 1967, in the Methodist church. Dennis figured that using the income tax deadline would help him remember their anniversary.

After being stationed in Grand Forks, North Dakota, he decided to retire from the Air Force. They moved back to Glasgow where he was employed by Montana Power, Tommy's Standard Gas Station, Great Plains Supply, Police Force, trained and certified as an EMT, Dale's Plumbing, Safeguard, Glasgow Vet Supply to name a few. From Glasgow, they moved to Dacona, Colorado, where he worked at Rocky Mountain Arsenal. After a year there, they moved back to Fort Peck, Montana, where he found his calling with the Corps of Engineers.

During his 27 years of Federal service at the Corps, he served in many roles. He began as a Laborer, then was a Guard at Fort Peck, then became a Power Plant Trainee and then a Journeyman Operator. He was a Power Plant Technician, transferred back to Operations as a Shift Operator.

He then cross-trained as an Electrician and ended his career as a Shift Operator. He received various awards throughout his career.

Through all this, he helped raise three kids. When their son Richard Wayne was born, Dennis said that it was the best thing that ever happened to him. Six years later, they had their daughter Judy Lynn, and then 13 months later came Lee Aubrey to make their family whole. They took vacations most summers. They lived north of Fort Peck for 15 years and moved into Glasgow in 1989.

He enjoyed boating, baseball, bowling, camping, hunting, fishing, and all the things of Montana. He never forgot his Tennessee roots and enjoyed the drive to Tennessee to visit family and friends as often as he could. On one trip down south with his kids, he rented a motorhome that got three separate flat tires on the way down and the sewer flooded the inside on the way back. Even after that, he still went back to Tennessee frequently, just not with a motorhome.

Dennis retired from the Corps in 1997 which freed him to do more of what he enjoyed. He drove the Glasgow Scotties around in school buses and cruisers for school and sporting events. He continued his trips to see family, friends, and classmates down south.

He coasted into helping take care of his grandkids through his 60's. He enjoyed vehicles and would trade them every few years throughout his life. He worked occasionally at Rock's Auto Mall where he enjoyed being around all those vehicles. He took many motorcycle trips with friends.

He enjoyed playing cards with family at gatherings, holding babies and handing them back to their mommies. He liked following his kids and grandkids to their sporting events. On road trips, he would explore different routes. He was doing what he loved, driving his Lincoln, when the Lord called him home. He will be missed by his family and friends.