By Frank and Lin Vargo
Special to The Courier

Face-to-Face with the Enemy 50 Years after Pearl Harbor 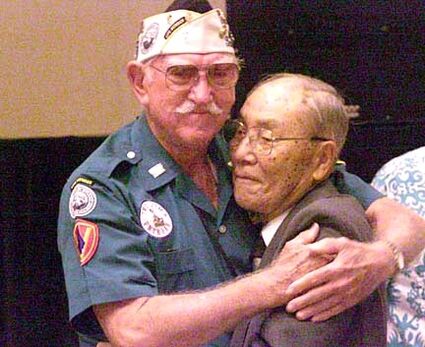 Richard Fiske (left) was aboard the USS West Virginia on Dec. 7, 1941 when he saw Zengi Abe of the Japanes Navy unleash a bomb that destroyed Fiske's battleship. The two became friends later in their lives.

Hard to believe that for us, it was 30 years ago and many of the "players" of this event are now gone.

However, this is how one story unfolded on the 50th anniversary of t...