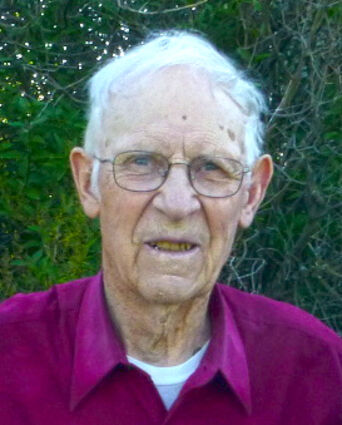 Chauncey was born May 10, 1925 in Scobey, MT to Oliver Axel and Clara Cynthia Clevidence Wyman. On February 26, 1952, Chauncey married Lillian Delores Sletten at the United Methodist Church in Scobey, MT. Chauncey served in the U.S. Air Force from 1950 to 1954. He was a radio technician stationed in Okinawa during the Korean War. He finished his tour of duty state side at Mountain Home Air force Base in Idaho. Staff Sargent Wyman was honorably discharged in 1954. Following the war, Chauncey and Lillian settled on the Wyman farm north of Peerless, MT. Over the years, Chauncey farmed, raised sheep, utilized his service training to work for the Northern Electric Cooperative in Opheim, and had his own business, Wyman's Electric Service. Chauncey, a man who never met a stranger, valued his family and community connections. He was active in the Methodist Church, The National Wool Grower's Association and The American Legion where he served in several leadership positions and as Post 107 Commander in Peerless for twenty years. Chauncey and Lillian participated in local bowling leagues, attended community concerts and school functions of their children. Following his retirement in 1990, Chauncey and Lillian enjoyed traveling and visiting family and friends. His children, Clara, Jayne, John and Claudette along with six grandchildren and ten great-grandchildren, and his sister Beth Berg survive Chauncey. His wife, Lillian Wyman, and his parents, Oliver and Clara Wyman and step-mother Carrie Wyman predeceased him. Memorial services are pending.