OP-ED: For Christmas, How About an End to the War on Marijuana? 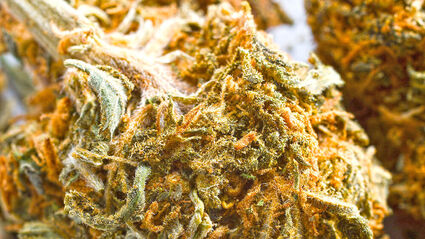 You've seen the headlines. So Have I.

For example, a November 23 story in my local paper (the Gainesville, Florida Sun) : "Gainesville man charged with murder for Sunday shooting in dispute over marijuana deal."

It wasn't a huge marijuana deal. It was a $180 sale. The seller apparently shot a buyer who tried to drive off without paying.

Other common headlines of the "police blotter" variety include people put in handcuffs and hauled off to jail for buying, selling, or possessing a common plant. Then over in the medical section, we'll see that some kid ended up in the hospital or even dead after - the claim seems dubious, but I guess it's possible - smoking marijuana laced with fentanyl.

What we don't see are headlines about people shooting each other over, getting arrested for, or dying from buying a blister pack of pain reliever or a bottle of night-time cold medicine at Walgreens. Or, for that matter, paying $180 for those things.

Over the course of nearly a century, the war on marijuana - based from the start on myth, hype, and intentionally cultivated moral panic - has put millions of Americans in jail or in their graves over a medically valuable and recreationally pleasant plant that's been used throughout human history and that's safer than tobacco, alcohol, and most over the counter medications.

Some US states have taken steps toward a ceasefire, legalizing marijuana for medical and/or recreational use, but it still remains illegal at the federal level despite the occasional introduction of bills to change that.

The latest such offering comes from US Representative Nancy Mace (R-SC), who introduced the States Reform Act on November 15. It would federally decriminalize marijuana, clear the federal prisons of "criminals" whose only "crimes" involved the plant, and make interstate commerce in it legal.

The bill isn't perfect -- it includes a federal excise tax, and subjects the plant to the same regulatory regime as alcohol -- but it's a giant step in the right direction. There just aren't any good arguments for keeping marijuana less legal than aspirin, tomatoes, and fidget spinners.

Congress tends to move in slow motion when it moves at all, but this bill could and should be the exception.

For Christmas, there's little I'd like more than an end to the headlines about deaths, arrests, and hospitalizations over marijuana. Congress should pass the SRA and put it on President Biden's desk before Santa comes to town.