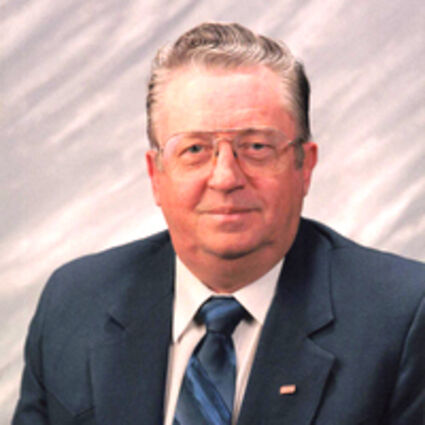 Montana electric and telephone cooperatives lost one of their early progressive managers on Nov. 4 with the passing of Kenneth Berreth, at the age of 86, in Bismarck, N.D.

Kenneth "Ken" H. Berreth was born in Linton on September 8, 1935, the son of Herman and Rhoda (Johnson) Berreth.

At age nine, Ken moved with his family to their family farm south of Dawson.

He attended schools in Dawson and graduated in 1953.

In 1973, Mr. Berreth was hired by the directors of Valley Electric Cooperative (now NorVal Electric) and Valley Rural Telephone Cooperative (now part of Nemont Telephone) in Glasgow, MT to become manager of the dual cooperatives and to lead the organizations into the ever expanding future of electric and telephone services.

Mr. Berreth was instrumental in getting the hundreds of miles of aerial open wire telephone lines buried thus providing "state of the art" upgraded service to the rural members of the telephone cooperative.

He used the same visionary thoughts and planning to enable Valley Electric to install underground distribution power lines. One of his projects involved providing buried electric service to an extremely remote region in south Valley County that was without electricity.

With the cooperation of the REA and the VEC board of directors he was able to oversee construction of over 40 miles of buried single phase power to five electrical services, much to the joy of area ranchers and their families. As a manager, Mr. Berreth was well respected by his employees and the membership of both cooperatives. He was at the helm of VEC and VRTC until 1981 when he moved to pursue other ventures and eventually became a manager at co-ops in Wisconsin and later at two in North Dakota.

He retired in 2000. Ken and Lucy made their home in Bismarck since 2000. Ken enjoyed fishing, woodworking, yard work and being outdoors.

He was a member of the AmVets, American Legion and Knights of Columbus.

He was preceded in death by his parents; siblings, Edith (Paul) Hojian and Gerald Berreth; and niece, Terry Hust.

Services for Ken will be held on Nov. 18 at the St. Anne Catholic Church in Bismarck, N.D.