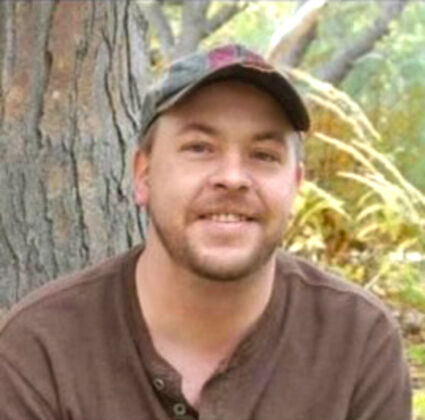 Each of us, will at one time in our lives, look upon a loved one who is in need and ask the same question, "We are willing to help, Lord, but what is needed?"

It is true that we can seldom help those closest to us. Either we don't know what part of ourselves to give or, more often than not, the part we have to give is not wanted.

And so, it is those we live with and should know the best that elude us. But we can still love them. We can love them completely without understanding.

Michael Doran Chamberlain was born in Billings on May 31, 1978, on his father's 31st birthday.

He was the second child of Jerry and Melody (Berglund) Chamberlain.

Michael attended school in Wolf Point and graduated in 1996. He took a gap year and then attended a year of college at Northern in Havre.

While in high school, Michael played baseball, golf and also played the baritone in band. He was an avid hunter and fisherman. And very good at it.

In his early years, Michael worked at Old Town Grill where he learned the basics of cooking.

He went on to cook at various places and took what he had learned with him and developed his own set of recipes. He even shared some of those recipes with his mother.

One of Michael's most interesting and satisfying jobs was working for Fort Peck Paleontology building dinosaur replicas. He was an exceptional artist.

On Oct. 10, 1997 Michael and Erin welcomed their beautiful red headed daughter, Natasha, into the world.

On Nov. 11, 2013, Michael and Michelle welcomed Gera Lynn into their lives.

Michael was extremely proud of his three beautiful daughters.

He is survived by his three daughters...Raymond, Ziggy and Bunky (his nicknames for them); his parents Jerry and Melody, his grandmother Lelamae; sisters, Heather and Holly; three nieces Makayla, Maiya and Lily as well as many friends.