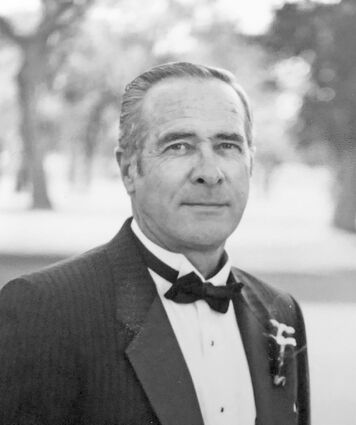 Clifford "John/Johnny" Arthur Ramsbacher passed away peacefully on Oct. 29, 2021 at the age of 83 in Polson, Montana.

Johnny was born to Frank and Honora Ramsbacher on Oct. 11, 1938, in Park Grove, Montana.

He was the 9th of 11 children and is survived by one brother.

Johnny graduated Glasgow High School in 1958 and married the love of his life, Darlene Brenden, in 1960.

They were married for 59 years before Darlene's passing on February 3, 2020.

Johnny worked for the US Geological Survey for a number of years until he was offered a trainee position at the Fort Peck Hydroelectric Power Plant.

He retired in 1994 as the Electrician Foreman.

In retirement, he delivered oxygen to patients throughout Northeast Montana where he enjoyed having a cup of coffee and visiting with his customers. He also served as the Mayor of Fort Peck during the time that the town was sold to the residents.

After 73 years of living in Fort Peck, Johnny and Darlene sold the home they loved in Park Grove facing the first dredge cuts and moved to Polson on Flathead Lake.

They continued to winter in Wellton, Arizona where they enjoyed meeting new friends and spending time with old friends from Eastern Montana who were also snowbirds.

Johnny was an avid hunter and fisherman. He enjoyed fishing in the Montana State Walleye Governors Cup. He also enjoyed the bowling league in Nashua.

The family is planning a memorial for John and Darlene the summer of 2022 in Fort Peck. Date is TBD. Memories and condolences may be sent to the family at http://www.lakefuneralhomeandcremation.com.

Arrangements are under the care of The Lake Funeral Home and Crematory.