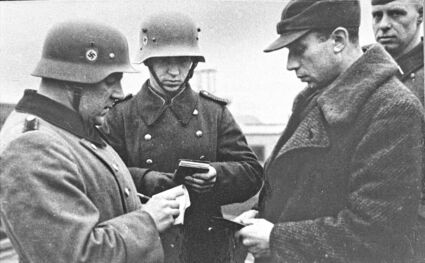 "It was the best of times, it was the worst of times..." A tale of two states.

As I was perusing the website of a newspaper I used to work for in Western Washington, my eye was caught by a headline that made me grateful I no longer live there. It was, "Proof of vaccination required at these businesses and events."

That means, for the unvaccinated, entrance is barred. Your money is no good. You are an outcast.

I am pretty sure such policies are the definition of discriminatory practices.

Unvaxxed? No movies for you. Go home in shame.

Then I read that bars and restaurants in Washington have been required to enforce proof of vaccination for entry since Sept. 4. Also, even the vaxxed must wear masks at all times, because science.

Life there must be terrible for the unvaxxed and the vaxxed, who must arbitrarily produce personal medical information for complete strangers.

Let's shift over to Montana, "The Last, Best Place."

Here, the unvaccinated enjoy great protections against the discrimination their peers would face in Washington and a great deal of other states. Montana's governor, attorney general and many legislators have used their positions of power to shield against discrimination based solely upon vaccination status.

To wit, Montana House Bill 702 was passed to protect its citizens from vaccination-based discrimination and the involuntary disclosure of their private health care information as a condition of everyday life.

So while in Washington patrons will be met with "papers please," no one in Montana will suffer the same indignity, at least for now.

There currently is a lawsuit - filed by The Montana Medical Association and others - attempting to over turn H.B. 702. On Oct. 22, Attorney General Austin Knudsen asked federal courts to toss the "meritless lawsuit."

According to Knudsen, the lawsuit claims H.B. 702 "discriminates against the plaintiffs because it prohibits them from discriminating against others."

"Plaintiffs' open wish to discriminate evinces a troubling desire by parts of Montana's medical community to violate the fundamental rights of Montanans," the State's motion to dismiss, which was filed last Thursday, reads.

In another recent incident, a woman being treated for COVID-19 at St. Peter's Hospital in Helena contacted Knudsen's office after hospital staffers allegedly denied her from receiving Ivermectin at her request. Ivermectin is a Food and Drug Administration (FDA) approved anti-parasitic drug used to treat several tropical diseases, scabies, infection by parasites and potentially even malaria. The drug is touted by some as being effective against COVID-19, although The World Health Organization recommends not using Ivermectin in patients with COVID-19, except in the context of a clinical trial.

"The Attorney General's Office received a report from a family that said St. Peter's Hospital was violating their relative's rights by refusing to allow her to receive prescribed medications, not delivering legal documents, not allowing them to see their relative, and at one point, even cutting off text message communication between them and their family member," Kyler Nerison, the Attorney General's Communications Director, wrote in an email. "The family asked for our assistance and a trooper was dispatched to speak with the family at the hospital. Following that conversation, Attorney General Knudsen spoke with hospital executives and received assurances that they would cease preventing communication between the patient and her family and deliver the legal documents she needed."

Because COVID-19 is highly politicized, Knudsen's political opponents were quick to pounce.

On Oct. 21, Montana House and Senate Minority Leaders Kim Abbott and Jill Cohenour "demanded" Senate President Mark Blasdel and House Speaker Wylie Galt assign the Legislature's special counsel to investigate Knudsen over reports that he and other officials at the Montana Department of Justice used the resources of their office, including law enforcement, to "harass and intimidate" physicians and staff at the Helena hospital.

"This harassment campaign is a deeply disturbing abuse of power by the Attorney General," Sen. Jill Cohenour (SD 42) and Rep. Kim Abbott (HD 83) said in an joint statement. "Knudsen's actions raise serious questions about his judgment and whether he is deserving of the trust invested in his office. The public deserves to know the facts and Knudsen must be held to account."

Both Cohenour and Abbott, citing news coverage in the Helena newspaper, insist Knudsen "used Department of Justice resources to intimidate officials at St. Peter's Hospital in an attempt to coerce them into administering Ivermectin to a COVID-19 patient against the professional judgment of their treating physician and guidance from the FDA and CDC. These efforts included sending a Montana State Highway Patrol trooper to the hospital to question frontline health care workers."

Notice there is nothing said in this press release about what the patient wanted or potential violations of their rights?

Now, I understand the "do no harm" doctrine of physicians, and if they truly believed prescribing Ivermectin would cause more harm than good, then they likely made the right choice. But, allegedly preventing the patient from contacting family members or receiving legal documents in relation to their personal medical decisions is absolutely not. It could instead serve as a warning to other potential patients and their families about how they could be treated by hospital staffers.

"The Department of Justice has a legal obligation to review any complaints of patient abuse or patient neglect and it's unfortunate that the hospital and certain members of the Montana media are trying to turn the focus away from the serious allegations regarding the mistreatment of a patient," Nerison said. "The Department of Justice's ongoing investigation does not involve any specific medical treatment, nor did anyone at our agency give any directive to hospital staff regarding any specific medical treatment. No one was threatened or had their clinical judgment questioned while the Department of Justice was trying to get to the bottom of the serious allegations made against the hospital. Our concern was - and the focus of our investigation continues to be - allegations that the hospital mistreated a patient and violated her rights and her family's rights."

I can all but guarantee a patient in a Washington State hospital in a similar situation would not enjoy such protections.

It sure is good to live in the Big Sky State...